I was discussing with my friend about something we saw in a movie about this girl who thought that she was in a relationship with a man and yet she wasn’t. The man was seriously playing her and even after several warnings from close people, she still didn’t believe until she caught the man red handed with a woman. She was so devastated. I love some movies especially Nigerian movies. Apart from the ones where witches and juju are involved. They always have a moral lesson behind it. They alway have something to make you see what kind of a society we are living in. I wish Kenyan and other films were like this. All they ever think about is sex, sex and more sex and crazy themes that don’t even ,make sense. A word of advice to the film makers, don’t try to be so westernized that you forget the generations behind you. We need something that has morals. Don’t fall into the trap that sex sells. It does for a short while until you realize that after exposing all your body parts to the world, you are empty inside. You have lived a worthless life with no meaning. I seriously pity you. Anyway, that is a story for another blog.

In our conversation, we realized that more often than not, we are often warned by someone  or our instinct now that it is a known fact that women have sixth sense. We always know when something is not right somewhere. There is always something that is not adding up. I remember like this chile, her guy was allergic to the word marriage. He didn’t believe in it. We were shown a flashback of when he was a child and he saw his father beat up his mum and they were thrown in the streets begging for food. Now that he was a grown up, he was busy hurting women everywhere because of a childhood wound that never got to heal. Saad ha! He loved having fun, had a bunch of unmarried friends giving him advice on women and  all he thought about was manipulating women to have sex with them and then dumping them by the road side.A ll these things the chile heard but opted to stand by him lying to herself that the guy will change. After this film I realized that you cant give help to everyone in the name of being good. You can just pray for them that God uses someone if not you to change their hearts. In the meantime, run baby girl ruuuunn because he will hurt you if you are this innocent Maria girls looking for love in the wrong places that is. 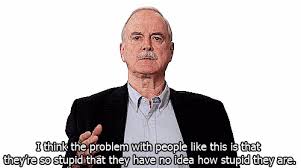 I learnt that love is blind. The fact that love is blind means that women, we need to watch out what we hear. Lets say the truth, when you are in love with a guy, you are hearing selective. You just want to catch what you want to hear and not what your instinct is telling you. A man will always reveal who they are by what they say or their actions towards you. Their attitudes about stuff really speaks volumes of who they are and what they uphold. Most of my friends and also I bear witness that before any bad relationship we always has a feeling that the guy was no good but we just continued thinking things will change. Men never change. Women do, due to our hormones, our emotions all that stuff. So mostly men enter into a relationship expecting a woman to remain the way she was and they get a rude shock when the woman transforms each time, either because of PMS, or hormones, or pregnancy or menopause..Dear Lord why did you make us so complicated. I wish we just had a constant way of life. However, we are fearfully and wonderfully made and   great guy will just ask for the grace from God to handle our complicated self. Seriously, we never know what we want that why we often fall prey to the hungry wolves that are out there to get us. So learn to listen to your gut and run baby girl run when you feel butterflies in your stomach about the guy.

If you want to know that a guy loves you, he will sacrifice a lot to be with you. He will put you in his schedule, want to hang around you stuff like that. Is he doing that to you?Is he so concerned about you ama he is one of those guys who doesn’t give a hoot about you? I remember in my campus days how women ..gosh it sounds so oolddd…women, Lord, what word do I describe them with?You’ll help me out, but I guess you have known what am talking about. They would leave their studies and wash their guy clothes, cook for him do all that stuff that only wives do. Seriously?Did your parents sacrifice all that cash for you to waste it on a man who doesn’t care about your future but how you can please him then he dumps you. The worst part is that these women used to be criticized , beaten up by the guy when they were drunk. It was such a horrible sight to watch. Watch out for the red flags baby girl and run baby run like a plague or else you will be a disaster about to happen!!! 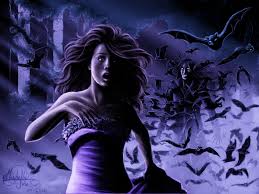