He is tall, dark and handsome but not a Sudanese. From the look of things, this guy seems to be doing well, so well that you would expect that in a few months he would be kneeling down and proposing to some lucky girl somewhere. But not so. Its been five years down the line since his last promotion. Five years since we saw him hooked up with some funny girl. I don;t know why they do this. Rich, handsome men hooking up with crazy women who always end up breaking their hearts. While us, the good girls are urged to stick around with some broke busted guy and wait..Really? The worst part of this is sticking like that and the guy later on comes with this mpango wa kando chile in the name of your fat and a nag..Nkt…People should just leave me alone to choose my own path. It is not always that you cry in a range rover. Crying is inevitable to all humans including the poor. I think they cry even more because of a hungry stomach, no school fees, salivating outside hotels when those kuku masama roll over, reminding you of how broke you are. Again , its not funny enduring scorns from relatives and family who forsake you and wonder when you breakthrough will come, such stuff you know. Goodness me, its hard borrowing cash to friends everything, its hard playing hide and seek with the landlord every time the rent is due. Life is hard for the poor. Not being materialistic but that life is hard.more harder than breaking through a diamond! 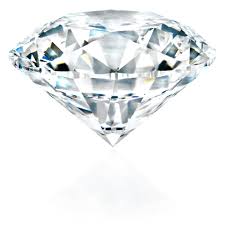 So this man, this rich man keeps changing women the way he changes his clothes or noo, clothes is not a great example. His undergarments. I don’t think there is anyone who dares wear them for two days unless you are crazy. First the stench, then it is not so comfy that you are always suspecting everyone looking at you of knowing your hidden sin. Frankly, women are not objects to be tossed around like that. Women are special creatures who were designed by their maker God to be a suitable help to you and not a toy like those toy cars and gun machines that you used to play with. There are two kind of rich men ooo I forgot two more, so now lets say they are four kinds of rich men that I have met.. Note key word is met and not researched. Though am a researcher once in a while, I haven’t been able to do some analysis on it. Sorry. This is just observed facts.

Rich man number one is the one who was once poor but now is rich. Has hustled his way up and now he is on top of the world. Reminds me of the song amazing grace which makes the lost souls be found by the redemptive hand of Jesus. Such an amazing song. I love it to pieces. Anyway, these men are always vindictive to they female species, that why they are still single and I, for sure don’t know when they will tell the woman in their lives the three letter words that men find it hard to say. So these men, use women like tissue paper. They change them like diapers with the excuse that they are making up for the lost time when they never had money to throw around, and the women never used to like them then. They do this because now money gives them an option to do so. My word for them is GROW UP BOY!!! Life does not revolve around partying and women only. One day, when you wake up from your slumber land you’ll realize that the best women are gone and you are all alone without children, empty because even though money solves all things, there are things that it will never buy. Selah! 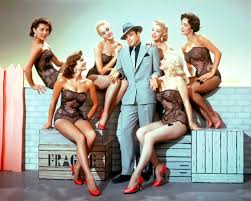 Rich man number two is the one who has cash and everything but still has this unsatisfied greed to have more.  These ones are terribly annoying. To people like us with such terrible tempers we feel like we are burning all over just thinking about them. They see women who pursue them as busy bodies who have nothing to do but chase them around. they are so self righteous..money wise speaking. They keep on telling you what to do, that you are not there enough, compare you with women who have achieved so greatly.These men are usually so absorbed with work and how they can become great. I pity their wives, when they finally realize and open their wives. The spouses will be lamenting of their long business trips and their long office hours and they will never find time for their children. NKT. GROW UP BOY!!! Stop being materialistic!Realize that all these stuff that we create, we will leave it behind for others to enjoy and fight over. Life is too short to be that serious.. And as a reminder, a woman is a help mate so give us a break with those long lectures on success.

Rich man number three. They are rich, single and actively looking for a mate. The problem is that they are shy and don’t know how to approach women. They say the wrong things at the wrong time that irritate women, who as usual end up leaving them hang and dry. Then you know the story, leaves them bitter, they decide to hell with relationships or start using women..The cycle goes on and on..OOps..my mind is already rotating like a merry go round. GROW UP!!! Mwanamume ni kujikakamua na kuwa bold. This world is for the aggressive men not for wimpy whiners everywhere. And mark you, women find bold men very attractive. Just man up and tell her that you love her. If she says yes, say hurray, if she says no, its life, you’ll find another girl who’ll love you as you are. 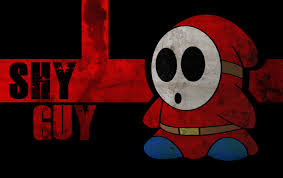 I will deal with number four extensively in my next blog….

2 thoughts on “Wake up Adam!!!..you are sleeping too much”