Someone asked me why am very passionate about rich men. Well, I had to answer back by sharing it on my blog and letting the millions and millions of my favorite funs know that I don’t hate poor people. Frankly, poverty is a matter of how people think about themselves. If you think you are poor, you will always be poor, treated poorly and eat poorly and all that stuff. I believe that there is a lot of prejudice on rich men associating them with the worst of characters there is. The worst part is that whenever someone expresses their dream to marry one, people blatantly label you to be a materialistic individual who is only concerned with what a man brings on the table and not his character. I call all these misconceptions.  A man’s character should define his worth, even the Bible says so.

While there are various notions suggesting that rich people are nasty, egocentric, selfish and all those adjectives that frankly speaking are not in my head, I have met rich guys who are very understanding and considerate, who want to see you go further than they are. Who will use every means possible to see you reach your dreams. To me, this is character. While some poor guy somewhere will be so insecure about your job and your whereabouts. So insecure that you earn more than him or that you are following your dreams. Again am not supporting women who move the corporate ladder at the expense of their family. I believe that family is very vital and that its should be the top priority in any list of a great woman. However, while some women have tried to achieve this, there are some men who are uncomfortable and give constant threats to their wives that they will go and leave them to continue with their careers and all that nonsense. They are not supportive at all. Some go to the extent of abusing their wives and belittling their success. these are characters of small people.I’m not saying now that you wait for a man to be your bank. No. Have some dignity woman. You are a help mate and help mates must have something they bring on the table too. You need to be challenged to move higher than you have ever been. Unless you just want to be a stagnant person in life. Well, suite yourself.

Not all people cry in land rovers. I have heard this saying over and over drummed in my head until am sick and tired of it. The Bible says that the blessing of the Lord maketh rich…and adds no sorrow..key word, maketh rich. So its not a crime for rich men to be rich. Its not a crime if they enjoy the fine things of life. Frankly, we are all heading towards their if you diligently work what God gave you and his favor shines on you. being rich is nice because you get to help many people who are underprivileged. you get to be a voice to people who are not. you get to fight for justice. Do you see all the people with money and they are not helping anyone with it?Just throwing it around and frustrating people with it?Worse is when old men with money use it to mislead young women making them leave school, join prostitution, be into drugs such stuff. That I don’t support. I support great courses. Wouldn’t it be nice to see more good people, rich and advancing great causes? Wouldn’t it be nice seeing drug lords broke busted simply because they have a poor mindset. I have a dream to see my society change. And money will be nice in my hands to advance this cause.

Am not saying that it is right for women to look for rich men and despise poor men. Men who should be despised are those who refuse to move forward, who have settled just to be labeled as poor, who abuse their women, who have no character, whatever you deem as lack of character. I have heard of stories of poor men who were supported by their women only to get on top and throw their wives out of the house that they struggled to build. I have seen rich women help out poor guys only for them to use and dump them because they are now where they wanted to be. My friends, all these is just character. And surprisingly money helps magnify someone’s character. So if a person is stingy when they are poor, don’t lie to yourself that they will change. They will be more stingy in their glory days. So test your boyfriend or whoever while they are still down there. Frankly, humans forget very fast once things become good. So don’t be fooled by the humility now. I’d rather the one who has character when he is up there. It only means that they are truly humble.

I know I may not convince everyone especially those who have vowed to stay in their status quo. Everyone has their own destiny imagine and you have a choice to choose what you desire about your life. No one will force you. Not even God Himself. He says, I set before you life and death. Poverty and Wealth. Choose the one you can handle a beg na…Every rose has its own thorns. I advice , chose the one that makes you braver and more so a better person. What you really deserve. After all, its your own life and you shall bear the pain or joy of it.. its no ones business. 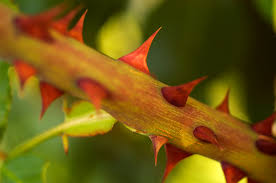 2 thoughts on “In defense of rich men!!!!!….Its all about character”