I was sitting in a matatu(bus) one evening from work when I heard two young girls around twenty years of age lamenting about their relationships and how things were going. It was a bit boring and me being as tired as an overworked donkey wasn’t that concerned about what they were talking about until one of them mentioned the word money and swag. That my friend, caught my attention. She confessed that her boyfriend lacks the two and that she was now going out with this filthy rich old enough to be her dad.nooo dad is an underestimation, grandpa. She was really flossing to her friend a new machine that he had bought for her and how the old grandpa had promised her that he was going to Mombasa for holidays where they were going to have ‘a good time’. Mhhhh…my sleep just left after hearing that conversation and all over sudden I felt like I’d taken some lucozade or dextrosal…BTW who remembers that energizer?And the advert..I loved it when I was a kid. I loved taking the drink and feeling like a super girl..I run the world.. 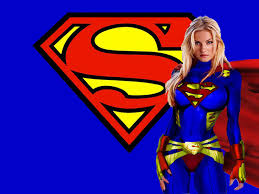 That was just an introduction to say talk about something very serious. As you will notice, today I don’t have many big vocabularies to floss around. My speech is rather plain so if you are one of those guyz who checks around to see whether writings are written in Queen’s English and all that nonsense, this was not meant for you. Women are walking in great deception. I thought it was just in Nairobi but I have realized from the movies (haven’t traveled much) that women all over the world have been deceived into thinking many things that are not true…Here are just some of those lies.

Number one. That if you get a rich man you are sorted out. NOOOOOO….Every rich man comes with their own character. There are some rich men who are very generous…very rare phenomena especially if they smell that you are just out to get their cash. Others are stingy and will expect you to work. Others won’t give you a coin until you do something for them lets say have sex and maybe they have some HIV virus or they’ll leave you pregnant. You will have to bear the cost of that stupid decision. Others will tell you to leave school or your work to be a housewife at home because they are so insecure to leave you out there interacting with other men..Those are the moron types who need psychiatric help for their stupid jealousy. If you love your life, stay away from them.  Let me advice you. A woman is supposed to help a man out. You should have your own career, make your own money in such a way that if a man opts to walk out, you are not utterly ruined. A man will respect a woman who is out to assist him and not just gold dig and take take take..You look very cheap wearing such a mentality…Are you a leech? Choose wisely.

Number two. A man loves you because he has either proposed or gives you money…WRONG…One of the things that a virtuous woman has is the heart of her husband..That is the gold that every good (strong emphasis) woman should fight for. A bad woman will break a good man’s heart and that is a disaster..A good woman will take care of it and make sure that the man is okay and all that stuff. I have heard many men whoa re my friends say that they cannot give a woman their heart or they just married to have a family and have fun with another woman out there. Make sure you are the man’s play mate and lover above all not just a wife. Listen to the man’s views on marriage and see whether he will treat you as a family maker machine or you are the bone of his bone and flesh of his flesh. this is crucial because whatever attitude a man goes to marriage with is what will sustain your marriage. Don’t be in a hurry, don’t get desperate..Let the man sort out his purpose for marriage before you say those two binding words..I DO

Number three. Your man completes you..NOOOOOO  NEEEEEVEEERR. No man can fill that empty space in your heart or soul..or wherever that hole is except God..That is the only person who can complete it. If you leave a man to do that he will totally frustrate you. I know its hard especially when you are in love with this guy and you just want to call him and text him and find out how he’s doing and then he ‘s out there thinking that you are one desperate girl seeking for attention. It happens. It’s hard. Admittedly, I’ve been and still is there lol. They just don’t understand that we want their attention at times and that we were created for the relationship and stuff. But find stuff to do to keepyou busy. Have friends, have a hobby, try, as hard as it can be to get a life :).

Number four..Your beauty is what attracts men…YES AND NO…Its true men are sight individuals..I don’t know why frankly but they are just attracted to beauty. But make sure that that man does not marry you because of how you look and your model like figure or you’ll be shocked. You will be one of the statistic of women who are on radio complaining that your man finds you fat. Man, people are lost. there should be more to relationship than just a big behind and boobs and all that..If a man gets attracted to you because of that know this, he will leave you because of that same thing. Have you ever thought of what would happen if one day you get an accident..God forbid..and then you loose your intelligence, you beauty, you become disfigured. Will that man still be there for you? Will he still call you honey, sugar and all those stupid sweet nothings that men say when they want to trap you to themselves. Think beyond your nose dear, don’t just have that thing you call brain between your ears for nothing. Am not done yet, there are still many more lies to uncover..lend me your ears..

8 thoughts on “Lies that women believe about men which are very untrue….”