I pity people who are in a hurry to get married. Well, that doesn’t mean that if you find the right person you don’t get in but so many people are getting into this serious institution without knowledge. Without the right motive. Without knowing each other well. After listening to a lot of stories from the radio,especially Classic FM and seeing your friends and kin go through that, your heart gets hardened a bit to love..I know I have witnesses on this one. Stop pretending that you are all lovy dovy. Stop pretending that you don’t get bombarded by such fears days and night. I have been there, done that and bought a packet of chips to justify it..Really?Just kidding…

I have come to this conclusion about relationships. It’s  lies that bind us, not love. Love is a word that has suffered all kinds of uses. For instance, it has been misused, abused and used and well, I’m trying to think of another used up suffering that I can come up with to add spice to the story. Presently, when someone tells me I love you, so many questions race in my mind like safari rally cars trying to make it to the first position. What do you mean when you say that you love someone? Do you love her body, her intelligence, her achievements, her money?Or is it because you want to marry very fast because all your friends have gotten married and your family is pressurizing you to find yourself a jiko..Nkt.. Why do they call us, women, jikos? That name is absurd and demeaning. ooo, let me take it to the other side. My female counterparts. What meanest thou when you tell someone that you love them? Do you love their muscles, their looks, their cash (this is what people look for the most). What do you mean when you tell someone those three powerful words? Me thinks that it is  lies that binds people not love. It takes a person with character to actually tell you that and go with you through thick and thin situations to prove that fact. 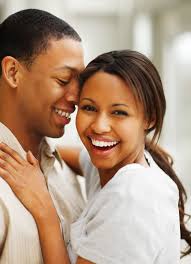 Number one lie is telling someone that you love them while hiding your dirty, ulterior motives. I think, Sauti Sol’s music can sum up my thoughts. Do you love me baby or my money. We live in a very crooked world where some wolves in sheep skin can do anything to get your hard earned wealth and later on organize for some people to take you to an early grave. The worst thing about this is the fact that they feel no remorse over what they have done. They feel justified to have done so and will enjoy your wealth after you are gone to meet your maker. I hear of stories where wives put steel wire in their husband’s food so that they can be the sole owners of the vast wealth that they have not even participated in building it. Gold diggers at their best. Others end up tricking an old buffoon into marrying them under the pretext that they are, in quotes, love..After that they endure the marriage for the sake of wearing expensive Gucci shoes and handbags and driving posh cars. Of course, so that they can floss to their peers of the kind of lifestyle they are living. Nkt..I marvel, sarcastically at the small minds that some people possess. Number two lie is when people think that love is all about goose bumps and a nice feeling. A guy on radio called in to say that she first loved her wife when the marriage was still young. He  now claims that he has lost all the feelings that he had for her and treats her like a common dog. Can you imagine that? Someone goes through the entire process of loving you, submitting, giving birth to your children and then you can repay them like that? Another story, a man says that he hated his wife after she gave birth to their firstborn, a girl. According to him, he will only love his wife when she starts giving birth to a boy. The whole matatu was a buzz after hearing that. What? Doesn’t the idiot know that he is the one responsible for the making of a boy or girl and that the wife has nothing to do with it? Love is never a feeling. Its all about commitment. Commitment to your spouse till death do as part. Isn’t that what you vowed at the altar? Remember the promise my friend. Thats all I know about those vows. I know its not easy, but when the two of you have the heart to make it work, things will work out. And with God by your side, much grace will be availed to you to love each other and keep the commitment that you made. So when someone tells you that they love you and there is no commitment shown, that person can be said to be a liar, liar, liar. 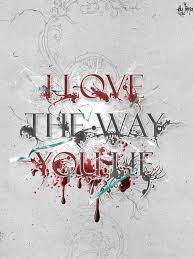 Number three lie is that the marriage is all about you. Marriage is all about the other person and not about you. I know that I don’t have the authority to speak on this subject matter but I believe that I can say a word or two that can help my fellow comrades in the single hood league or my young married couples. You don’t seek for someone to complete you and to make your life turn around but a person you can turn around their life. I know you know this fact. Life is an echo, what you give back, will definitely come back to you. Love gives, love serves, love wants to see the other person happy more than it wants to see itself happy. Love rejoices in the other person’s achievements rather than sitting down and complaining that no one is there for you. Sometimes I pity some people. They are everywhere complaining about how people treat them, while they fail to see how they treat other people with their selfishness. They can’t help anyone with anything. All they ever think about is themselves and their interests. I feel like smashing them with a pot full of soil sometimes. So when you tell someone that you love them and you can’t see yourself go on with them till death do us part, you are just lusting after something that they have. You don’t love them. Ouch!

Its only lies that bind people nowadays. If you are in a relationship try and soul search to find out what lies are binding the two of you. You’ll be very surprised….

6 thoughts on “Its the lies that bind us not love”