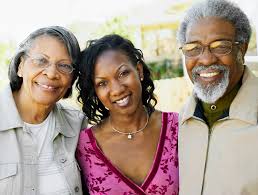 I was late again. As usual. Don’t let me tell you how many times I have sworn to turn over a new leaf and come to work early. This time I had a great excuse. The matatus were not there or some crazy errand I had been sent to do. Or I could just say, we worked late..Mhh, how does that sound?All these thoughts cascaded my mind as I brain stormed on what kind of excuse I was going to give for my chronic ailment. And in times like this, I love reading the Bible in a matatu..I know you are thinking, damn, that chick is so shpiri (spiritual). But believe me, it works wonders for me. It’s like my therapy and comfort. And much more coz I hadn’t been able to read it at home because as usual , the girl was late. Just as I was reading waiting for the damn matatu to be filled, there came this woman who sat next to me.

For a brief moment I thought that this was just a normal seatmate or whatever you call them in the mat. I noticed that she fidgeted alot, especially when she realized that me, a smart woman who was dressed to assassin people was just reading my Bible quietly in the mat. However, things changed when I was done with my study and once again I was absentmindedly observing the long jam along Thika road wondering when I was going to arrive to work. Repenting to my dear lord for screwing up the infinity times and asking Him to make the  angels push the jam to where my boss was passing through..By the way, this ain’t the story..Just a brief introduction.

So she starts commending me for being so strong in the faith. She was surprised that there are still a few young people who can do that. I grinned shyly and distantly as I remember the constant warnings from my mum when I was a kid,,”Never talk to strangers.” I return to my site watching and day dreaming only that this time I wished to be a domestic tourist with a white man, looking at some passing elephants and lions in some sort of a game drive. Life so relaxed, peaceful, having a few workers doing the job while you are as busy as a bee touring the world. If only wishes were horses…

My book was visible. Like I said previously, I was so late that I didn’t notice how my small bag was advertizing what I did to people especially those who did not deserve to know zilch about my life.  The woman asked me whether I was a student, and where I studied. This time I became concerned and tried to hide the already exposed book back in my small bag. It was an unfruitful business. I just let it out to see the crazy world that we live in. Maybe it needed some fresh air. Thanks God it doesn’t talk. I wouldn’t want to hear what it could have told me.

To cut the long story short. This woman told me a very disturbing story that whether true or false inspired me to write this blog today. The woman, who was plump, dark brown with a myopic eye sight told me of how her life has been since her husband left her to raise five children on her own. Stupid man! or rather, I would say, the man acted stupidly. And then this is the kind of man who shows up when the children are graduating or during their inauguration as presidents or great people and claims to be the sperm donor. anyway, I will deal with this issue in my next blog. I don’t know whether some men understand the gravity of the damage they inflict on the women and children they leave without any care. Then they happily start other families. Nkt.Curse them. Thats just part of the story. The one that moved my heart to pay attention to her was the fact that even after struggling with her children, hawking bananas from office to office, putting on weaves for four months till they stench like a rotten rat in a sewer, some child has the chutzpah to deny her and not want anything to do with her. The girl, lets call her Jenny, was living with some broke ass guy in some slum somewhere, taking care of that grown baby from the job that her mother struggled so much to get for her. She was now in tears. I had to pay attention.

By this time, a great silence had already invaded the matatu and quieted the entire place. No one spoke a word as they tried to eavesdrop on what the woman was talking about. I was speechless. For a brief moment absentminded trying to ponder of the struggles that my folks had gone through to make me the woman that I am today. Not that am there yet but my parents have tried alot. I owe mad respect for them. I pray to God that they won’t go through or I won’t put them through what this young woman has done to her mum. I thought of Esther Arunga and the hell she was in just because of what she did to her parents. By the way, I”m still advocating that she comes back home. There is always room for forgiveness and a second chance. I mumbled softly an amen. She looked at me with that look of, ‘are you listening?’ All I could do was encourage her and tell her to pray, that God will bring back her prodigal daughter who was now busy enjoying the  fruits of her labor with some coach potato guy somewhere. By the way, I didn’t mention that they were planning to get married. Don’t ask me where the money will come from. Maybe from trees or maybe it rains money in their area, who knows. By the way, it’s not funny.

After the encouraging words, we had to part ways. She alighted but still her story kept ringing in my mind like those Catholic bells alerting people to go for mass. I just can’t believe it. Have we forgotten that this is the only command with a promise?Yes, I have messed up big time in this area, argued with my parents, sometimes I regret the times, but I repent and make sure am right with them and that they are as happy as kings. If you have a mummy, daddy or anyone who took care of you, give them the honor that is due to them. Or you’ll face karma or God when things turn around and your children do to worse things that what you did to your parents and your life goes hey way. Do them good, before its too late.

2 thoughts on “Honor thy father and mother…..”