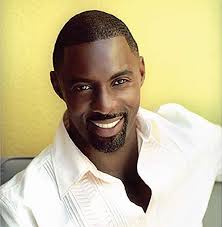 She said yes. She said yes to me. Anthony came called me late at night just to tell me that. It wasn’t a strange thing knowing that we are the best of friends. Ours is a weird relationship, only that it does not have benefits.

‘So how are you feeling,’ I asked struggling to keep awake. I was super exhausted but I had to be awake for him. I feel great. Hope that is okay with you.

‘I’m happy for you, really happy for you.’ I tried to sound excited. We chatted for a while before he hang up on me and I was left all alone trying to absorb the shocking news that I had just received. You want to know the truth. The real truth not sugar coated at all. I felt super bad. I felt like one of those big trucks had hit me big time and I was just lying on the road waiting for me to be buried alive. He didn’t know it. I guess he never got the hint.

Our friendship goes way back when we were kids. We did everything together. Though they were filthy rich, he never showed it. He was one of this down to earth dudes. Si you know them. They dress down, hang out with down people like us lol, and we get to share many things. Thats what I liked about him. Then he went to the UK for further studies. I went to the local universities but am thankful, I still managed to finish. He did up to masters, then came back and started working straight away. Well, not like yours truly, moi who had to hustle before I landed to get this job. I still thank God though. Its better than nothing.

I always said that if I was to get a man, it would be like this guy. He was intelligent, had the looks and above all, he came back from the UK saved. I was as shocked as someone electrocuted by a live pole. This was so unlike him knowing that he was a party animal. He became cool, he talked about God, even his post suggested the change. I liked it. I joined suit also coz he somehow had this power to make me change my mind. He was more than a friend  to me though to him well, maybe I was just some small sister or a friend..Again key words, without benefits.

I don’t know how I never saw this coming. He started talking about this cool chick from work. I thought, well, she’s just some other chick, nothing big. He always told me everything, well, it was mutual. We were as clear as glass together, no secrets. We had decided that maybe one day if all goes well we may tie the knot or something. At the back of my mind it’s like I settled. I knew this was it. He was the one. He couldn’t say yes to another. Well, I think I was wrong.

He began spending less time with me. Less texts, less calls, less visits. I never bothered to ask why. I thought, maybe it’s work. He did two jobs that were very taxing to him. He always told me that so I never bothered. I also became a busy bee with my work. Soon, weeks became months and then boom!The ca;; that changed my life. He was engaged.

I don’t know whether it’s the news or the fact that he was marrying my rival in high school that made me sick. He never knew it. He wasn’t there but I couldn’t tell him that that was the chile who made my life a living hell in high school. Apart from being my history subject arch rival. She made sure I was not chosen in some drama thing simply because she thought I didn’t ‘fit in.’ I felt horrible. I felt bitter, annoyed. Why God?Of all people, why her. What’s wrong with me?What does she have that I don’t?Trains of thoughts cascaded my little, fragile mind. Little, fragile because, for real am too young to go through this. Men can really waste you!Nkt!

Well it happens. Some birdy told me to open up and tell him the truth. After all, they are just engaged and not married. Tell him how you feel. I don’t think I have the guts to do that. I don’t want to hurt him. I don’t want to spoil the happy mood that he is in. He might think that I’m envious and that I don’t want to see him move on with life. Well, am a bit envious because I love him, not because I want to see him lag behind. And why her for real. Why her dear Lord? How could she have managed to beat me in this one too?She really did beat me ten nil.

I felt, still feel like some cursed thing. Why all the bad luck?I wish he just told me to move on with my life. Well, I don’t think that I would be willing to do so. I was so attached akin a tick in a cow’s tail or the way a ring sticks to a woman’s finger. Women love announcing to the world that they are married or engaged. I wish I had one. A ring from him of course. Not any other person. Just him. I don’t think that anyone can fit his shoe. He left a big gap in my heart. So wide, like River Nile, you can’t cross it unless God moves in and you have Moses’ staff! Anyway, I hope that all will be well. The last thing I want to hear is that he wants me to help him with the plans. help him buy the suits, help get things ready, be one of the maids..I’m trying to be strong but I think, I’ll collapse right at the altar. Make sure you all come to pick me and say it’s going to be okay, its going to be okay…Frankly, those are the words am allergic to right now. Don’t dare! 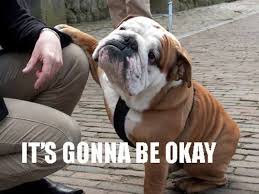