The other day I was having a chit chat with my friends about life in general. They are highly sophisticated women, driving posh cars, thinking investments every time, really accomplished people. Some men would label them as Alpha women. I love hanging around such some time to stretch my thinking and make me enlarge the place of my territory. If you know what I mean. The last thing you would find us talking about is men but this day, something nasty happened to one of us that made us talk about this subject. It  really opened up wounds to the past that we desperately wanted to cover. It was about these men who keep you hanging as if you were some trophy in a cupboard without stating their intentions. Worse is that even women are joining the band wagon. 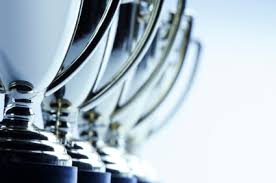 After the discussion, I thought a lot about this issue. Of course, I had to write about it and really ask the people who do this to challenge me in a blog or in the comments below as to why they think it’s great to do that to anyone. I admire bold people who just tell you point blank that they are not into you or that they consider you as friends and nothing more. It gives you clarity, right?Makes you have options, date other people, and other stuff that deserve your time. It relieves you from pain, bitterness, calling other species bitches and dogs and all other names that you call people when you feel undervalued. It’s a free life, simply put.

I think I know why some men do this to women. I met this one guy who had this ego as tall as Mt. Kilimanjaro. He loved having women desperate around him, seeking for his attention, calling him up, having those stupid crushes for him. He has this notion that they are so handsome that every Sally, Molly and Polly will melt down at their presence.  He would feel so offended when some bright chile, like yours truly moi 🙂 gets hitched to another guy who’s much smarter, handsome and  the other handsome than him lol. He would then go ahead and tarnish their names so that he could feel on top of the situation and let other people think that he’s untouchable. Talk of being a moron, I think this world is full of psychos, with varying degrees. Is this a topic am feeling?I’ll save it for the next blog. ooops, I chew my lips.. 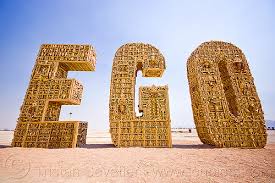 The other kind of men don’t know or are not sure of what they feel for you. I call them undecided time wasters. They are as busy as bees trying to find out whether or not there is someone out there who can be a better wife material than you. So, they’ll love you, spend their cash on you but the sixth sense in you will beacon the red light and tell you this guy is up to some mischief. Once they have done all the experiments and have had a string of bad dates, they slowly creep in and declare their eternal love for you. Hypocrite!Shameless idiots! It is unthinkable to think that there are people who are this wicked. Sorry, this blog is not one of those haters blog where I just wake up to insult men and stick out my judgmental wand on people as if am some Miss perfect somewhere. I am concerned about such behaviors and would like that every person who reads this blog gets something that will make them change for the better. We need men who can lead and make sound decisions so if you are one of them, please stand out and say Iiiii… The third time wasters are those who go out with you and never propose. So you are not sure whether the relationship will lead to marriage or come we stay or he will ditch you. Then some have the nerve to tell you that they don’t feel your vibe after wasting like 7 years of your life going out with them. Can you imagine the embarrassment of going to your girlfriends and telling them that you have broken up with some chap you have been dating for seven years?You already had strategically placed yourself as one of the members and all his family and your family too had known that you guyz are a couple, and then?Where does this lovely woman begin from?You have practically wasted her youth years, which man can dare look at her now? It takes Jesus, the angels and the saints in heaven for such a poor soul to recover from kissing the wrong frog.

The fourth time wasters are married men who go around splashing their cash on you,buy you expensive cars and a big house, maintain you thoroughly well only to dump you once they realize that their family is more important than you. For this kind, I pity the mumus who take that path with the hope that some day that old man who is old enough to be your father, will wake up and divorce his wife and leave his family. I really can’t stand the face of such ignorance especially when a woman is involved. Though some have done it but can’t you see you are wasting another woman’s time?These ones are the professional time wasters as they do so to the mother of their children and their small head concubines.

And many more others who I can’t think of right now for my mind is dead tired. I have been up and about all day trying to make ends meet. So excuse me a bit. For women, stop going out, sleeping and spending money from someone you know deep down that you don’t love. It’s unfair, and a scandal to make such an assumption that your life will go on well while you waste another person’s. Kharma and God are watching what you are doing and sooner or later, you will certainly reap what you sow. Do not be mocked! 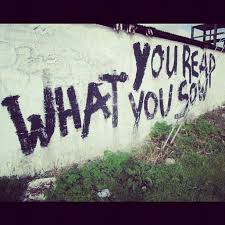