I really missed you guyz. It’s been long since I shared something in my blog. thanks to the many of you that called, inboxed, texted, wassuped just to ask about the next blog and stuff. I really appreciate. Anyways, thats not my topic today. I have really this burning issue that I want to share, some discovery. For those with a different opinion, you can say IIIIII at the comment box. I really want to hear your side of the story.

Someone asked me why I spend time taking about relationships and not how people make money and stuff like that, or post a fashion blog. My answer is that I was not called to be a copy cut, and I believe that this is one area that people make the worst mistakes. You see, you can make all the money you want, achieve all stuff but if you have a lousy man or a woman, you won’t enjoy the blessing. people think that relationships are not a priority, it is a priority. After God made Adam and what he was supposed to do, He looked at him and said that it is not good for him to be alone. Now, let me ask, was God smoking weed when He said that?, No, heell noo..He knew that there were some things that Adam would never accomplish alone as a man but needed a woman. Not someone to just give birth to babies and become some trophy in a shelf, but someone to complement who he was on the inside. Thats just my first point, I aint done with you yet…

So I got this insight in church today and I thought well I should couple it up and share with you guyz.  It is wisdom that should govern a relationship and not just love. The Bible says that get wisdom and with all thy getting get understanding. In another verse, it declares that it is wisdom that builds a house. Now you can love someone all that you want but if you are not compatible in the mind, it is a waste of time. Yes, they say that opposite attracts but it depends with what kind of opposite attract. You should be wise enough to discern the kind of differences that are repulsive and those that are natural differences that can be resolved. my goodness, it is worth to wait in God,is it means that by the end of it you will get something you won’t regret.

What are your goals?Where are you seeing yourself five years from now? Is the person you are with or who you have a crush on having the same or similar or can they support you without shrinking back and feel intimidated or tired of your dream. You see, marriage is like the ordinary life, it is how you treat the ordinary people. That is who you are on the inside. Can that person handle life or are they people who give up with small stuff?Have they been through anything in life, or are they just spoilt brats who will later on dump you and walk away of marriage when things get thick. What is their strength? You see, if their  job is their strength or if their  connections or looks are their  strength or money is, the day that that thing they hold dear collapses so will their life collapse. And you will be on the receiving end of neglect.You see,, am posing these questions not to feel like I have achieved it all, but at least know what you are getting yourself into. There are people is they dump you it’s a sure sign that God loves you and has something better for you..I have come to believe that with all my heart..

Marriage is not something people hurry into, though when someone great comes into your life, don’t wait thinking that they will be there forever. Learn how to discern times. Look at the character of people not what they possess. Not all rich people are nasty the way people want to portray them and not all broke people are nice either. Money only magnifies people’s heart so if you want to know who people are, listen to what they say. Don’t go out on dates watching movies. Go for a coffee date and hear what they say, listen to their wisdom, listen to what they hold dear, their values and from there make your judgement and watch out for the warning signs. People don’t hide who they are for long. 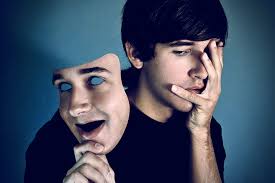 Find someone who loves God, you’ll be in a better place because when someone fears God there are things that they will not do. And cheating is one of them, beating you up, slicing you down with their words, that is something that they won’t do. Am not saying all, have this mind, watch your steps and listen to your heart. Involve God in the process and believe. Most of the time we say that God has failed us because we don’t believe that He does care or can answer us concerning such stuff. We only seek Him when we want an new job or cash stuff like that. Women, find someone who wants to present you before God and tell people that he is serious with you. Nothing beautiful with someone secretly stealing you from your parent’s house. It shows that he is lazy and lacks commitment. You look like some trophy in a house. Now that doesn’t mean that you spend millions in weddings…Don’t go beyond your means but let a man respect you enough to do so. A woman of worth has value. It says in the Bible that a woman with value is worth more than rubies. Don’t act like you are some cheap thing.  That a guy can just threaten to leave you and you run to him like a desperado. Even if you are, leave him, he’s not worth it because what he hasn’t paid a price for, he won’t value. 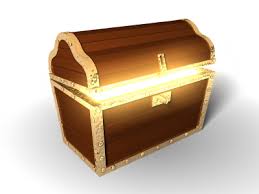 2 thoughts on “It is wisdom that builds a relationship not love..”