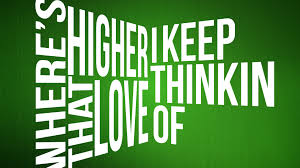 There is no force that is greater than love. People become drunk because of it. They kill, get killed or kill themselves because of it.  I often wonder why someone would do that. Me, kill myself because of some idiot whose eyes are shut with some super glue and can’t see all these finesse that God took eight days to create?Yes, you heard me right, 8. I believe with all my heart that God took eight straight days with no rest to create a woman. So it would be an insult, though painful, to be defined by a man’s judgement. Siwesmek, though I also can’t judge the intensity at which people fall in love. Some really fall hard such that if anything happens, they have no shock absorbers to hold them together. Maybe, this is what sincere love is al about. Sindio?Maybe, we should check out this thing from a different light.  anywayz, let me stop right there lest the dead who have committed suicide in the name of love see this and haunt me..Kwisha mimi. 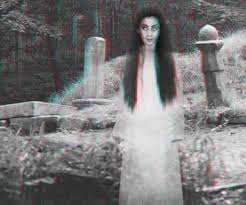 So nowadays breaking up and divorce is the order of the day. Great people both in the church and outside are finally coming out in large numbers to declare their msimamo (stand)..sorry for my friends in other parts of the world who do not understand our beloved mother tongue swahili..of their status and how they lived with their partners. It super sad. I don’t know what I would do if it were me, living with a guy who I once and still love but having irreconcilable differences. Bae (I hate this word) I have never come to understand why they call it that. At what point did the marriage become irreconcilable..mmhhhh…Lets look at that concept a little bit. 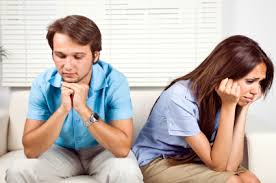 According to the google..(didn’t have time to look for a dictionary because well, google has minimized my job daahhh) , something can be said to be irreconcilable when things are so different from each other that they cannot be made compatible. Gai, si this definition has made it even more complex?Compatible is when two or more things can exist occur together without conflict. Example is when you put the right key in the right lock and then you hear that click sound..That’s what compatibility sounds like. Have you ever met someone and you just clicked? When people start having disagreements and tough stands in their marriage then thats trouble..Am just saying, though am not there yet..And how does this often begin?Starts with one person squeezing the toothpaste in the wrong end, then next, a wrong hairstyle, then you start noticing that your wife is fat and then the wife says the hubby has a tummy and doesn’t say one million times a day the words I love you..bla bla bla…the list goes on and on..Irreconcilable difference could range from that colget example I stated earlier to big ones like a dirty past secret or adultery which truly is serious..if you haven’t started, or are doing it, don’t do it at home!

How many guyz know the song, we need a higher love? Say IIIIIIII…if you don’t, kindly go to you tube, it’s there in all renditions..That word makes me nostalgic of Judge Ian with the rendition thing when those Tusker project fame chaps missed it. I loved that program, can they bring it back?It’s one of my ambitions. To be a star like Beyonce or those big gospel names. Hey if you are a Christian reading this don’t stone me because I said Beyonce and then start with your judgmental talks here. She works hard like a bee and sings like an angel or the devil if it’s true that she’s Illuminati. Hey, do such people exist?I know there are guyz who use special powers to get up there and be famous but you can’t imagine that someone that powerful could be secretly involved in something so evil. Woi, I hope that am not hypnotized, then have that crazy obsession you know..Well, this is not part of the story.

Anyway, am not talking about her this time. But about the higher love that we need. I believe that we need a higher grace, a higher love to help us live with each other and especially in marriage. Those vows that people say for real need the hand of God for you to stand by someone when they are sick, in debt with no cash, when you can’t stand their personality..please give me more example, am super tired and am dozing off while writing but I have to pass my message across. I feel like one of those prophets of the ancient days who had to deliver that burning message that they have or risk being cast into the sea. Ask Jonah..What makes a man kill his wife and kids because of fifty shillings? What makes a dad kill his own daughter, and then cut her into pieces and place her remains in a suitcase?I swear if thats not the devil himself then I don’t know. What makes a woman organize her hubby to be killed so that she can remain with all the wealth that they spent all their  lifetime building as a couple? What makes pastors turn on their wives and preach the Bible on one hand while secretly drink wine when they get home as far as their marriage is concerned? This is proof that we need a higher love than what we stand on to propel us to love others more than we love ourselves. Even as am writing this, am not there yet for real. Am lousy when it comes to people. Am not patient with people. I get angry with small stuff but yet everyday we must ask God for the strength to do better, to think better, to love better. For love is the highest form of faith and love is the most excellent way. 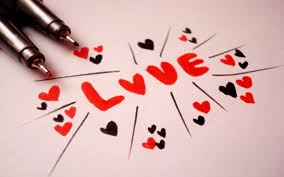 2 thoughts on “We need a higher love”