That word right there really confuses me. I had to vent out my frustration. I’m sure by now many of you have already come up with different meanings of the word, both from the dictionary and what people say it means. Thats why I had to write about it. May be I’ll get some answers. May be someone will give me a clear definition. I don’t know. By the way, tomorrow but one, if there be such a word, is Valentines day..yaaayyyyyy..for those of you with special someones, kindly treat them well always. Your love cant be conditional only for a day. To those who see Valentines as just another day, well, am here to let you know that you are not alone. Join the club comrade ;). 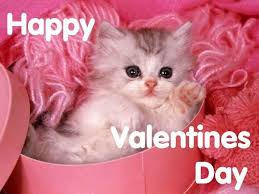 Me thinks that the word bad boy has been misused by people. I have heard people say that when a guy sags his jeans and wears does not comb his hair and then walks like a child with marasmus, then thats a sign of a bad boy. By the way, I hate men who do that. I feel it’s childish and somehow the dude is trying to get a lot of unnecessary attention..Worse maybe he’s one of those chaps who missed some stage in their childhood. Have you ever met one of those people?They act funny, right?Gosh, let me not throw a stone, when am living in a glass house. Maybe I have one of those weird habits too.. Gaiiiiii… 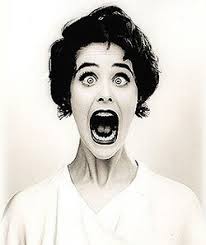 But that doesn’t mean that they are bad boys.Especially if you haven’t sat with them and get to know who they really are on the inside. OOo..there is another definition of a bad boy that hails from the Christian fraternity. A man who does not believe in God or in short, not saved. be caught with one of these guys and you’ll soon become the next song and all the labels in the world will be given to you. A backslider girl you are. They will shun your wedding, if your relationship happens to get to that level and say you are a rebel. Can I just be honest. Thanks for the permission. Some believers are worse that the so called unsaved people. They treat you badly, are judgmental, so spooky to the core and yet you are meant to live with one of these under one roof?Kindly note that am not advocating for Christians to date unbelievers or anything of that matter..am just laying out facts and the frustrations that exist in my world. The choice is yours. Thats the second type of a bad boy. 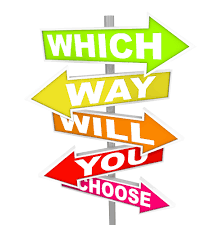 The third kind of bad boys are the rich men with great taste you know, class..all those adjectives you want to place in those dotted line. I’ve given you permission to insert them. Honestly, some of these men are such morons who treat women like property or something they can buy with money. Woe unto you if one of these likes you. They will make you stop working, some, not all, so that you can be in a state of dependency upon them. Others will always say something negative about you to make you feel bad about yourself. Others will really look down on your achievements and not even assist you get to where they are. They will always have this mentality that you can never get to their level especially if you are one of those hustler girls (though am one of these, I refuse to call myself so for as a man thinketh in her heart so is she…so am not..)..Si, I’ve used this  word others till aki it’s tired. Let me use it one more time. Others are just looking for someone to give them babies and to assist them continue the family name..then they will splurge their cash to every woman they meet in town..They really think that a woman has no place, so you’ll have no voice in that house..Wooii, flee from such men. BUT, not all rich men are evil. This is not just theory. The fourth kind of a bad man is a hustler in ghetto who sings for you a million and one songs of how you ought to sit with them in their struggle until the day breaks on them. Note..sit down and bring them food to eat, wash his clothes, brush his hair, sing him a lullaby and give him sex afterwards. Some people jazz my life. I believe that a man should work hard like the ant so as not to subject his wife under such cruel treatment. Even Jesus Himself is up in heaven preparing a mansion for His bride before He takes us, so what is this nonsense I hear men talk about. Now am not advocating for materialism or that nonsense but a man should have a sense of purpose and work on something so that by the time he find his wife in his purpose, they are heading somewhere. Get it?Now these kind of men are the worst bad boys as they will minimize your achievements to make you small. They talk badly about rich men, gets insecure when he sees you talking to anyone as he thinks that you are about to leave them. These are the kind of men you see on TV who kill their wives for just 50 shillings.. the poor cry hard, very hard. One last thing, if ever they get to the top, they will leave you for a chips funga, not all though as they don’t know how to handle such wealth. Anything goes for them. Though again, not all are like this.

There are kinds  many bad boys but all I know is that a man’s value should be based upon the contents of his heart. If he is strong, not just a man full of muscles with no content, is he fears God, if he makes you feel special, if he helps you in your vision as you help him in his, if he goes out of his way to prove that he loves you, if he keeps his word whether rich or poor I strongly believe that thats a good man right there.

4 thoughts on “Just what does the concept ‘bad boy’ mean?”