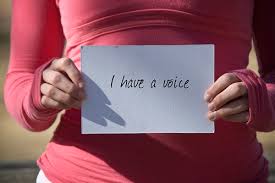 I really like asking a lot of questions. For those who know me, it’s one of the things I get hit on the head for doing a lot. People say it’s annoying. For real it is, come to think of it because I too hate to be asked a lot of questions. This habit goes way back when I was a kid, like two years old and my mum would hate going with me to the supermarket coz I’ll keep on asking her what everything is called. Old habits die hard. But thats not my contemplation for today..aaaa..kindly engage me on this topic, coz I need to get something clear. I want to get to the root of it.

So I read today one of those shocking posts on Facebook that make you question like a million times whether people are crazy or crazy. There can not be any two way about it. Now disclaimer: Just in case you are one of those men who think that every blog a woman writes on relationships is to justify their independence then this is not one of those. I’m not here to hate on or bash anyone. I just want to get to the root of things. So this post read paraphrased that women should be ready to wash men’s underwear and handkerchiefs if they expect to keep their men. mhhhh…Then some men joined in and bashed women asking whether there were any virtuous women left. Which made me question, just who is a virtuous woman?and these men who claim to know so much about virtuous women, if they were given one, could they handle her?could they handle a woman who has enough money to buy land without asking them for permission to do so?No where in the Bible have I seen that a woman should do such things to man for her to be considered as virtuous. Worse, is that these great women all had house girls, kwa lugha nadharia (lay man’s language)….kindly search, you’ll see am right. N.B This is for the men who think they can use the Bible anyhow to devalue women. 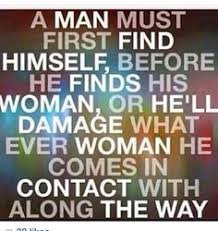 Am not against a woman cooking and washing clothes for their husband. Nooo. Am after the root of the matter. That is the attitude to which such demands are made. The fact that you paid some dowry to get a woman doesn’t mean that you bought a slave into your house that you can send here and there and then expect her to give in to all your demands. Now since these people argue using the Bible, I will also use the same. The Bible says that you should love your wife as you love your own body. Picture this, going to the office and your boss throws his or her smelly socks on the floor and just because you are paid to be his PA, he/she tells you to pick it up and wash them. Then later on after washing the office, he/she comes with dirty feet and soils it. Later on it’s lunch time and he/she sends you to buy for them lunch and doesn’t care whether you have deadlines or not. He then threatens to fire you simply because you don’t know a few things here and there..By the way, the things he/she is firing you for are things even he doesn’t know about. To top it up, he insults you day and night, compares you to other workers who in his opinion are better than you. This is just a tip on the ice berg….You can add whatever you hate doing or being done for here..(jaza mapengo)

How does that make you feel?As much as we are ranting here and there about what roles women should play and how we are justified to replace them with house helps, really are we being realistic?Does it make you less of a man to assist her, to do some of the things because you care about her and want to spend time with your wife?You see this is what love is. Putting yourself in another person’s shoe. It’s weighing how your actions will affect the other person. Do you know a woman can survive without flowers and chocolates and all that crap, but if you show her that you care and value her as a person, he will respect you for life. The Bible says that you dwell with her according to knowledge. Know what works for her. BY the way, respect is earned, its not advertised like some sort of cheap thing. Even for Jesus to be called Lord, He earned it. he died for His bride, the church. He paid the price. What price have you paid as a man to deserve the title Lord or for a woman to come and worship at your feet and really submit to you?Lets be real, none. And here you are ranting on how virtuous women are lacking. Jeez, can you hear yourself. I heard that God in heaven is laughing. Maybe your prayers are making Him pee on the floor…LOL Call me whatever you want. Am just saying the honest truth. In fact, if you have never known, it is to your advantage that you treat your woman very well. The Bible says that if you treat her badly and she cries out to God because of your nonsense, God will shut up the heavens and nothing that you do will ever succeed. AM convinced that this is the reason why so many men are frustrated and their jobs are going badly for them. You have not been bi-witched. Check on how you are treating people and especially the woman in your life.Love is more than bragging that you have a beautiful woman and parading her to your friends to see how macho you are. Love is more than buying expensive stuff to prove that you have money and that you can buy any woman you want. How much do you value your woman?Love is responsibility.