He said it can’t , and it will never  happen. That waiting for him was a waste of time and that I should try and move on with my life. Maybe try to focus on more productive things besides seeking men and being in relationships. Waaaa… Just like that. Angry tears ran down my face like the Elnino rains. Yeah, the ones that pur and you wonder when they’ll ever stop. That time you are pressed and you want to reach home as fast as you can to pee.LOL. That news was super shocking to me. It sent a series of shock waves into my spine. If you saw me that time , I looked like those electrocuted robbers in Home alone …mmmmm I’ve forgotten the , please forgive me all yeah movie addicts who are so particular with preciseness. But I know you can recall who am talking about.

I don’t know why he said that. Truth be told, I really liked the guy. He wasn’t that proverbial tall, dark and handsome type…I don’t know why guyz always say that this is the typical idea; dude. For me, naaaa….haiwesmek(it cant work). Women are emotional beings,they look at the heart, the feeling that they have when they are around the guy..All the women say amen to this. So this guy had a way of making you feel special, like you were the only black dot in a sheet of white paper. Like all eyes were on you and no one else. Who wouldn’t bow to such treatment?Even if you were a hardcore and had sworn never to love again, you’d somehow find yourself warming up to the idea that true love really exists and that things can happen. That not all men are dogs as you thought and that after kissing many frogs there will somehow be one who will turn into a prince charming and make your heart beat like tom tom drums when you met me. By the ay guyz, if you havent noticed, am trying to be rosy in my sentences…Some grammar nazis are really on my neck saying that they can’t read my work unless I write proper English. Woi…this is super hard trying as hard as I can to reconcile my feelings to what am jotting down. It’s not as easy as Sunday morning.. Not at all. 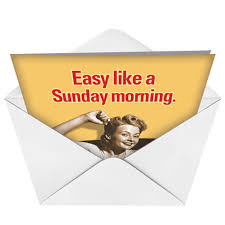 So, I was giving you a brief description of this guy which maybe some of you might think that it’s not all that, but anyway, who cares. Beauty is in the eyes of the beholder and in this case, I am the judge! Ha! He’s well established to crown it all and doesn’t seem to want in anything. I wonder why some of these established dudes don’t see the importance of having a woman in their lives? Most of them act as if you are a bother or a nuisance and if you get lucky (according to them) to gain the password of their hearts they really make you know and understand that you are really lucky to be in their lives. In short, they treat you as garbage! A property that bows to their whims, never mind that sometimes some of these chaps may be childish with such myopic viewpoints on life. but who cares, as long as they have cash, they feel like they are on top of the world. Could someone remind me why we, women fall for such idiots? I guessed right, you don’t even know coz the heart is not that smart! 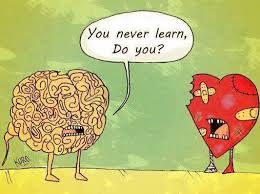 So enough of describing him. I just don’t believe what he told me. That people marry the people they don’t love. I know I have had enough heartbreaks from men that if I started writing on them I could have a series upon series of series (is there such a phrase) am cooking lol. Unless he is a married man, I believe that I will get married to the man that I love. Ofcourse a married man does not love you. Let me repeat the words of Njoki Chege, my comrade. He only wants to have an escapade and make your house a den of fornication. (there was a word she used, these are not the exact ones lol). I cant waste my energy and time on such coz its like chasing the wind. The idiot will run to his family while you stay alone, wetting and hugging your pillow coz of loneliness..Worse is if he gets you pregnant! And then we see you humiliating yourself on TV trying to make him pay your bastard’s upkeep. Shame on you! 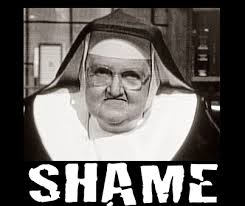 I know that true love exists. The mark of any love is whether the two people are willing to give up anything to be together. Sadly, if one person is willing and the other is not nothing like that can ever work. How did our parents manage to maintain their relationships and still love each other for eighty years?(Well, a bit exaggerated but you get my drift)This applies if your parents are still together and you admire their union. I don’t know how people can live in the same house when they don’t love each other. I have had experiences of going to a work place that I didn’t like and i don’t want to imagine living in a house, sleeping in a bed, worse making love to a man am not interested in. Thats a ritual! How do you live with that? Am not judging by the way, am just trying to grasp that fact. I always feel an irritation hanging around someone I don’t have vibe for. It’s not being proud but I just feel like I cant stand them, their presence annoys me. It’s just me. Maybe you have a different reaction that is worse to mine. I don’t know. Love is a fire, its a passion that can’t be quenched. It’s that string attraction that you have for someone that you feel that without them you cant live. they are like the air that you breathe, your shadow which never leaves you nor forsakes you. It’s like seeing yourself in the other person and the other person seeing themselves in you. It’s when your destinies intertwine and all over sudden you feel like heaven is smiling at your union. It’s like the entire creation was waiting for your merger. wait….don’t be lost at my description , this is my imagination…I just want to get married to the man I love.