Someone said something that made me think of many things. He said that it is better for Christianity to be abolished and that religions like Buddhism and Muslim should be advanced. He further on stated that Christianity is an impediment to development. While this is the reality and what’s happening around, I believe that Christianity works. All these things require faith. Just people only walk and live by their faith. 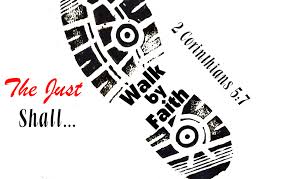 So today in my contemplations, am bringing forth my strong reasons why Christianity is real. To me it’s not a religion. It’s an experience and unless you’ve had an experience, you can never describe what you don’t know. It’s a powerful force that drives me and makes things happen for me . It is what empowers me to do the things that I do. It is God in me.

I believe that the reason why many people are tired with Christianity is because of comparing their Christian lives with people who backslide, or  of pastors who misbehave. Christianity is all about looking unto the author and finisher of your faith. In this case, it’s Jesus. It’s not looking unto your pastor or your fellow christian for standards but digging deep into your Bible for answers and asking God to reveal Himself to you. All these things require faith to materialize. The Bible says that without faith, it is impossible to please God. It is impossible to get anything from God if you don’t believe that He works. All other religions work because people have put their faith into it They also look unto their founders and not the mere priest who facilitate their worship! 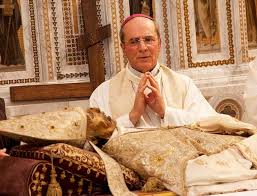 Yes Christianity advocates for faith and grace, but there is hard work in it too. People misquote those verses to think that since we are living under grace we rely on God and not do anything about our lives. It is a partnership with God where we ask Him in prayer in faith and He shows us the way. The word says that He empowers us to get wealth. he gives us wisdom, intelligence, eyes to see, ears to hear, legs to walk, health everything that we have belongs to God. The successes the opportunities, the understanding everything. A christian is an empowered creature who has the ability to to what a normal person can’t for they rely on God for supernatural strength. The God who is greater than anything outside them. If you are arguing how Christianity lacks strategies and development why not look at the story of Joseph and Daniel and how God gave them strategic plans when they prayed for it? The only thing is that Christians are not aware of the fact that God gives strategies and ways in which one can increase their means. Lets look at the life of Jacob and how God gave him a strategy on how to gain even more than his uncle Laban who was cheating on him. God says as far as you can see. You cannot go any further than what your mind has been exposed to. The word of God says that grace increases with knowledge hence you can never experience such a grace as a christian without first learning about it from the Bible. The Bible says that my people perish because they lack knowledge. It is the lack of digging deep into the word and finding out what the Bible is all about that’s crippling Christianity. It is the dependence of pastors and collapsing systems that have failed instead of looking unto God that has made the salt that we are suppose to be to be trampled upon by men who see us as valueless people with no impact, no say in the society. Even Ecclesiastic records that it is an error for Princes to walk while fools are riding on horses. Princes are on foot for lack of knowledge. if only they could find it. 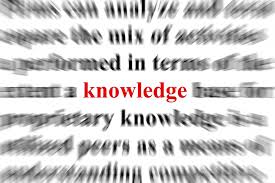 One other thing is suffering. Why do people suffer and especially Christians. Well, one is because they lack an understanding that suffering sometimes works to bring out the glory of God. In other instances, it is the consequence of your actions. You cannot touch fire and protect not to be burnt That can never happen. in another instance, suffering is as a result of the devil hence one needs to know why they are going through what they going through. And in all these reasons, all things work for the good of a Christian. If they are only aware that no matter the reason, things will work out for them. I have tackled this issue because most people think Christianity doesn’t work simply because they see a person going through stuff. Like I said earlier, it is all about what the person knows and how they are going to work out that truth to benefit them.

Last but not least you shall have what you say. Most people keep on saying that Christianity doesn’t work and true to their words, it fails them. Death and life are in the power of the tongue. So the death of potency in any person’s life who claims to be a Christian is the words that come from their mouth. Even God says in His word that he hates a person who is in unbelief. He states in Hebrews that any person who is in unbelief won’t enter rest. Now even in business, we all know that we require a certain amount of faith to get things done. Without faith one wouldn’t start a business or even take risks in doing what they do.The same case applies here. If you don’t invest in your walk with God, if you don’t pray or study your Bible, and working out your faith by applying what you have  read, you’ll end up being a dried up creature and all you’ll see is death for truly you are not applying God’s word in your life.For the Bible says that cursed be the man that puts his confidence in flesh, in a man, or puts his confidence in his strength and ability to do stand on His own. They think they don’t need God or prayers. Well, life will corner you one day…Christianity is not a religion, it is a lifestyle! 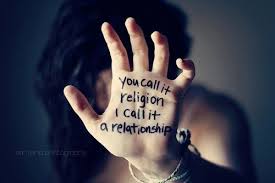