Last week, this man, that man above, one of the nominee of the Central Bank governor position apparently stated clearly that he was single. Well, I gather that now he is the governor but this is besides the point. My main focus is the answer he gave when asked why he was single. He simply said and I quote:

“I am single by choice and I am comfortable that way,” he told the lawmakers. “There is nothing sinister with that and I am sure this committee has done its due diligence on what sort of a person I am”. Courtesy Kenya’s Daily Nation

This is despite the fact he is 54, an economist graduate from Yale University and above all an IMF adviser. Na wow oooooo……What shocks me is that apparently  this man does not have kids anywhere. Well, about having women, am not sure about this.In this present age, it is quite difficult to get a straight man who has never been with a woman anywhere. Many do this quietly without ever informing people.,But that doesn’t mean that good men are scarce out here. Hey, don’t stone me all yeah good men who are ardent followers of my blog. What boggles my mind is why did this man opt to live this way. He is like my dad’s age you know. Has accomplished all that am dreaming to accomplish. I’ve always wanted to work in IMF or one of those big organizations as an adviser. Meeting presidents here and there, enjoying preferential treatment, having all your air ticket and hotel catered for. This guy is living the life man. To make matters better, he doesn’t have anyone requiring school fees or asking for money to go to the salon or buy some expensive shoes..You know all that stuff. Don’t mind me, am just thinking of reasons as to why this Mr. Man here is still single.

Maybe he’s a perfectionist. Maybe he met one Nyeri woman who made him swear never to date or worse marry one of those women. By the way, what’s up with them? is it some matimoni(demons) or something psychological is happening with those women? If it’s not beating up their men or cutting their men’s dicks, worse is the fact that they plot to murder their husbands to remain with their wealth. Remember that woman who plotted to murder his hubby and later on was arrested? And later the hubby found a way to forgive her and live with her in the same house. Really? How does that happen. this is someone who wants to kill you and you just forgive and forget, just like that? Anyway, maybe the guy  wants a woman who has accomplished or almost gotten what he has. Some Harvard graduate somewhere in economist of business,someone who has acumen when she speaks but has not  lost the Kikuyu touch. You know  one thing that I admire with Kiuks is that they never loose their culture. They always converse in their language fluently no matter where they go to. That’s something that i think Luos should emulate. I am one of them and honestly I know a bit of my language. All we know, us Luos, is to brag about expensive cars and our grandiose houses while they live in grass houses in their rural areas. Don’t trust these people. It is stupidity that drives people to take loans to buy TV and radios and expensive phones only to impress people. You’ll in the end realize that you are wasting your time. That was just a detour.

Those are just my speculations but maybe they are true. Hey, I know most of us single people we can relate to this man. I strongly agree that single-hood is a choice and no one can claim that they are cursed or all those excuses that people always say. Let me jog your memory a bit. Remember that guy you say you hate or that chick you are always complaining that she nags you and you don’t want to see her?Do you know that she/he can actually be the one. Gosh, am talking to myself over here. Am guilty of this but hey, you can’t force the heart to love something or someone that you don’t want. But am just reinforcing my reasons as to why being single is a choice. I’m letting you know why you shouldn’t be caught dead in one of those KICC crusades begging for a man, looking like a clown a desperate man/woman. Where did those crusades go to?I’ve missed seeing the testimonies of the women who got men in supermarkets and bus-stops. While this is true, people meet anywhere lakini…..Well,…By the way am not against crusades but there’s a point am trying to drive over here. Stop foolishness, shine your eyes ooooo.. 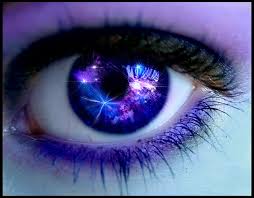 Some are single because they choose to study first or pursue their career then marry later. Well, while the society condemns this, I strongly feel that you should follow your heart. Any person who loves you will wait for you until you are ready to settle down…WHAT?….I can’t believe what I’ve just said because for real I don’t agree with what I’ve just said. There are people who have waited for their seven years for their so called Mr/Miss rights only to get disappointed. Kindly don’t try this at home. It’s either you too are studying with the person or pursuing their career. That way you won’t be disappointed when things go contrary. 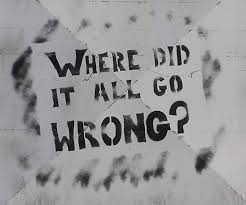 So it’s quite unclear to determine why Dr. Njoroge is single but that really tells a lot on the society’s view on marriage and commitment.  It’s really hard to find a life partner who really fits into your schedule.Marriage has a lot of things involved in it that some people opt to just stay away and do other things which they deem are of great importance. Others have been hurt terribly by love that they choose to stay away from it or hurt other people to heal their arching hearts. Well, when it gets to this, its terrible because in the end this person who plays people will one day be played terribly. Khama is real guys, Stay away from trouble. Chao!!!! 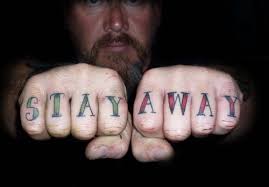 2 thoughts on “Yes sir, I agree with you…singlehood is a choice!!”