I’m sad today. The one man who made me laugh during my childhood years when KBC was the only channel is dead and buried. Who remembers those days? Say IIIIIII….I do. Those days when TV stations would open at four o’clock with this KANU yajenga nchi song. I  used to watch cartoons till when I hear my mum knocking the door and then I would scatter with my siblings like rats who have just seen a cat ,to shower. My mum was and still is very strict , thats why. She was and still is a teacher. The best one in her school up to date. Books came first in our house..it was not a joke my friends..But thats a story for another day. Now its time for my contemplations.

The day Mzee Ojwang died, I cant remember the exact date and day but that day many people wrote on their Facebook and Twitter walls their condolences messages to the family. As usual, this is  the norm, when people die everywhere I guess. Frankly, those messages irked me to the core. My mind went back to the days when Mzee Ojwang was shown on TV crying for his lost cash and how apparently he had been kicked out of a local station where he had spent his life entertaining his fans. He knew no other career than making people laugh. Everywhere he went, that was what he knew how to do best.In my innocence as a child, I often wondered why he was called Baba Kayai and yet he had no children. Did he have children? Well, in the episodes I saw he didn’t have any, and yet he was a father. The irony. I guess this irony is what entertained us. This irony is what kept us glued to our TVs, black and white as they were, to watch this man perform.

His death is like one of those many deaths where people just watch a man die and then give him a great burial when he’s finally gone. I call that hypocrisy. I’d rather we would have left him to rot the way we did instead of pretentiously sending our condolence and acting like we cared so much for him. To be honest, we didn’t care about him. If we did, when he was in the hospital we would have visited him. We would have fought for him to be back on TV again. That was all he cried for. That’s  what he was mourning for. Even as we laid him to rest, I’m sure he is in heaven wishing  he could come back with a whip like Nyeri women and flog all those people back to their  homes and business. “Let me be”, he would cry. By the way, what makes Nyeri women so dangerous? Not stereotyping though. It’s just what we watch in news. LOL 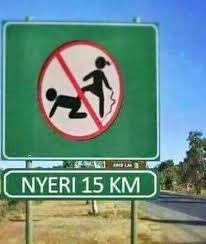 I’m sure he’s cursing like hell, wondering where all these people were when he needed them. Maybe he’s sitting on Abraham’s laps right now, like the parable of poor Lazarus. This time not begging but asking God to make it rain sulfur on the people at the cemetery. I guess this is the conversation. “Wait, that man too? He didn’t even know me?I appealed so many times that he talks to the government to bring me back my dream career but he didn’t and here he is saying that he misses me.’..Isn’t that what we do by the way? We leave people when they are in trouble and then when things go well for them we come running even faster than David Rudisha, or Hussein Bolt to the people we forsook. Man, I hate hypocrites.  Though, I must admit that there are a few people that I haven’t treated well lately. I think I must repent and ask for forgiveness. I’m trying to take the log in my eye while removing the toothpick thats in yours. How about that?Now we are even.

It makes me fear fame and greatness a lot. I wonder why people who are famous for nothing go round the city, thumping their chests because of their small achievements. Some yeye man sings a common song and now he wants the whole world to bow down to him and treats people so badly in the streets. Greatness has an expiry death and you better make sure that when you give up your ghost, you have a legacy behind you. Not just stupid money and the trail of women who have your children. Am sure the promise of having many descendants was for Abraham not for you. Otherwise, Kenya would have been more populous than China. I swear with their tiny eyes and short stature. These chaps make me happy in town why lie.. 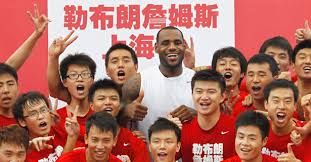 I think we need to reconsider and not just talk about how great people are treated not just in this nation but all over the world. Charity begins at home. When you see someone do something for you that other people don’t do for you, say thank you. Appreciate people while they are still alive. Let our prophets have honor in our nations. Look at Obama, I was boiling this week when some stupid American said some nasty things about him. Americans don’t know that they have one of the best presidents in our time.A visionary man, something that Africa only dreams of. Of course, I know there are crazy Kenyans who hate Obama. I don’t care. I’m glad to be part of history and that man is making history. His story is truly inspiring. Truly dreams are valid. I think that was the greatest lesson I learnt from his visit. I pray that he comes back as Africa’s president when his term ends.If only, I wish.

Having said all that, it’s time we change our perception about people and their contribution in our country. Its time we think legacy in our endeavors. Lets stop this hypocrisy. Ashes to ashes, dust to dust. Till we meet again Mzee Ojwang, rest in peace and forgive us for what we’ve put you through.

2 thoughts on “I call it hypocrisy….”