Recently, we were ‘treated’ to this video whose starring was Mollis, a young man who showed the world his prowess in taking a woman to the highest heaven, (if you know what I mean, omera). At first, it seemed that there was pleasure until later on it apparently looked like rape. The woman mourned and did not make a joyful noise LOL. Frankly, I didn’t have the stomach for that nonsense though I listened and even participated in some of the arguments that were being raised about the video. Some argued that he was starved thats why when the opportunity was given to him, he jumped on it like a hungry hyena. By the way, I’ve never comprehended why they call hyenas hungry. I’m sure that the guy who coined this thing was not even close to one of them to find out whether this is true or not..Mhhhh…Just my thoughts,if you know the story, chat me up on face book or Wassup, I’d love to know.

The video opened my eyes to the reality that as a society, we are really in trouble. When you see men applauding this guy’s act  like he was some sort of a hero, then you know that we are truly are in hot soup. And its not  this video alone that reveals the kind of problem that we are in. I hear of men who bet for ages to take a woman in bed as if she’s some trophy or a tissue paper that you can toss around and throw it in the toilet once you are done with it. Others take pride in how many women they have slept with and others how many of them can come to them when they call. How gross. Just the thought of it gets me ticked off already. That someone instead of thinking investments and how they are going to build their lives, they are busy bees somewhere chatting how they are going to spoil your life. SHINDWE!!!May Amadioa catch you and see you and frustrate your progress for being the devil’s agent. Am not through with you yet. 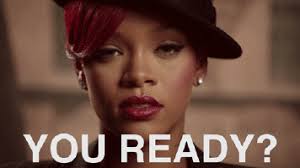 A man by design was built to compete with people. While women on the hand, do what they do looking at how it affects the relationships around them. Men have an ego which some have managed to work out for their good and others well, no comment. I think life needs to teach them a little bit. Mr. Man, being a prowess in bed should be coupled up with a lot of things and one of them is character. The ability for you to have respect for women, the ability to be bold and stand up for what is right, the ability to have a vision and communicate it clearly, knowing where you are going, being a movement. Notice that I have placed respect for women as number one because there are men who have all these qualities but still treat women as some second class citizen. They still have the notion that a woman cannot tell them anything and can’t reason or think. God made men and women equal, its just that for order in the house, the man has to be in charge. So don’t tell me that a woman can’t do anything. Again here, you have to know your limits and step up as a man. Not just allow a woman do stuff like you are not in charge of anything. Women love men who take initiative, who show the way without malice or intimidation but out of love. Today am in the mood of pouring my heart out, so to all the grammar Nazis who are waiting to see whether there are any vocabularies or spelling mistakes, today you’ll find many, let me warn you, but I have content. Today let me reason with these men a little bit. 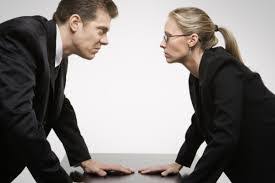 I’m trying to think out loud where we went wrong. Is it the fact that we neglect the girl child while we neglect the boy child? You know when a young girl is born, like when I look back into my life, my mother  trained me together with my sisters on the wifely roles and being a mum. So when you get married, you usually have all these things that you are supposed to do.It’s like its engrained in you. But for the boys, most of them just grow up. They sleep on the coach, wait for you to bring them food, throw their dirty socks everywhere. No one teaches these boys responsibility. You know its not about you throwing your socks everywhere, its all about responsibility. Are you aware of whats happening around you? Do you respect the people you live with. Another thing that am thinking about is whether the rise of single mothers is the cause of this. Is it the fact that men have been raised up by their mothers and not known how to become men? And by the way, no offense to single mothers, this is something thats rising everyday. More and more women are getting divorce, being left by some man somewhere who cheated on them or they got into the trouble themselves. Its a sad state a it’s affecting the society. Something needs to be done and very fast. I want to give birth to a son for this cause. I know its not easy to raise a kid especially in this generation but I want to see a change. I want to see attitudes change. I want to see a rise of a new breed of men. Of course, not all of them are bad.I have friends who have gone through the process. Taken a woman the right way, they are raising great families, they have the right values. I salute these men. I’m glad that they are part of my life. Kindly hand down your values to your sons. Train them up to be men. Train them up that the measure of a man is not in how many women she has slept with, or the power of his carrot if he has not taken the necessary step to take the woman in the right way. Train them up that their greatest strength is lifting a woman up, covering a woman, especially if she is a good one! This is the measure of a man… 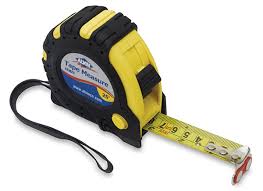