Today was one of those Mondays. I woke up late as I was trying to compensate for the sleepless nights I have been having for the last one week. Sleep is a nasty debt especially if you attempt to dodge paying it’s dues. Anyway, I managed to dress up quickly into one of those wash and wear trousers, took a big gulp of tea et voila, I was out, praying that the Monday does not turn blue on me. It was while I was in the matatu that I heard this interesting vibe on radio. That men are obese because their wives are either not cooking or doing it badly. They say that it has become a national disaster!! They blame it on the advent of the so called independent woman who is classy, earns more cash than the man, has more degrees than a thermometer in other words, she is empowered. She does not have time to go to the kitchen and prepare you a meal Mr.Man, especially if she is the one bringing the bacon home while you are as busy as a bee with the remote control slipping through the channels, watching the latest series and soap operas. After all, you brought this disaster upon yourself by marrying her. You chose wisdom instead of reason.You were feeling super insecure and you thought that by getting a rural woman in the village you could submit to your demands, you were safe at least from the madness of the Nairobi woman. Little did you know that when the young, rural dame would one day be wiser than you and then she watches the Kim Kadashian shows achanuke (she becomes wiser), you’ll see things you’ve never seen. You’ll be one of those men crying on radio that you are obese and that you need your wife to come home to cook for you. I pity you Mr. Man.

Today am not on Mr. Man’s case. For once, you can clap for me and support my cause for a better society. Women, its high time we learnt how to cook. Not just for our men, or because it’s womanly, whatever that means, but because a woman’s role is the home. I remember going to my granny and she preparing this meal that it’s impossible for you to forget. The way they just know how to dissect a chicken and make the fire and within seconds the food is ready. Tebu you try to do that with your Nairobery understanding aki huwesmek (you cant). It is with this understanding that I empathize with Oyunga Pala when he implores us to know how to cook. Now, you may think that am a big fun of cooking, but quite frankly am not. I hate to cook in fact  given an option I would  eat in the hotel all my life and not even give a damn. Cooking is stressful especially if you have deadlines and school and commitments and all these people on your neck who are always trying to get a piece of your attention which you can’t give them coz you are super busy. But with all my feminist tendencies and ideologies, I have finally bowed down to the notion that I have to know how to cook,one way or another.

Pardon me my ladies if I sound a bit grumpy and harsh too but what am trying to say is true. Thats why it’s nice not to get married at a young age otherwise you’ll spend a longer time doing duties that you hate doing. If an African man underwent all that hell just to pay your dowry, at least you should do him a favor and know how to cook. First of all, the fact that you are married means that you are not your own. You belong to your hubby, as painful and as traditional as that may sound. You will do as he says. There is no negotiation about that sadly hun. The reason why some of us are still single is because we comprehend these dynamics and its better you choose a boss who is lenient on you and will tell you to go out sometimes, will tolerate the nice Tuskies and Nakumatt dishes and sometimes you’ll find a warm meal prepared for you in case you are late. Dreams are super valid, and there’s power in confession especially on what you consider ideal. Marry a white guy if you are single or someone exposed and you won’t suffer some of these stupid things that I hear women go through on radio in the name of marriage. 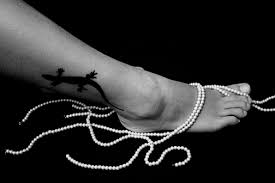 Anyway, at the risk of being accused that I hate marriage and African men LOL, my mind goes back to the day when the ensuing debate on social media was on how Lupita Nyongo boldly declared that she does not know how to cook ugali. Some Luhya men(don’t stone me) could not comprehend this fact and went on announcing how they could not see themselves even dating such a woman. Well, I though that was crap, because a man too must know how to cook. What will happen when the woman is sick and she can’t cook?Will you marry another wife to do the work or you’ll get the job done as you wait for her to recover? This thing should be balanced man and you should kindly note that cooking does not make you less of a man. A woman’s value should not be pegged on whether she can cook or not but on her ability to be a man’s help mate. How can this woman support your vision? Is she intelligent? Are the two of you compatible? I firmly believe that the fact that it has been said that a woman is a help mate doesn’t mean that she is a house help. yes, it is part of her role to ensure that the house is a home and that it is in order but we can always improvise these things.We can always ask for help. Surely, we are not robots! 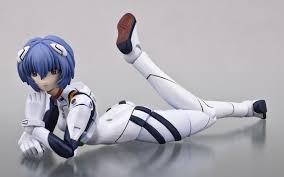 Women lets learn how to cook, at least for our kids sake and to save our faces from the men and above all the society which thinks that just because you are successful and look independent, you are inept when it comes to house matters. Well, with that being said, lets roll up our sleeves and cook girlfriends!!

3 thoughts on “Baby girl, roll up your sleeves, its time we learnt how to cook!!!”