The  Bungoma county’s governor dropped a bomb shell yesterday when he announced that  Shs.109K had been used to buy wheelbarrows. With no remorse on his face, he openly declared that apparently  these wheelbarrow cannot be classified with  the normal ones that we know. They are made of stainless, non-carcinogenic material (whatever that is) that is used in the food industry. This only happens in Kenya but for crying out loud, does this man think we are a bunch of morons when he says that? 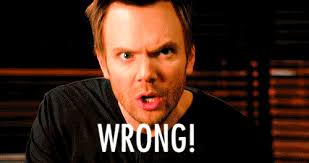 As much as we may want to stone him and a few others like one who apparently have spent a whole 2 million just to register a Face book account, (Jesus, I don’t even want to think about that), I want us to reflect for a minute and think of how we have become a den of robbers as a society and are not even aware of it. Some statistic I read in some blog I’ve forgotten the name, said that nearly 54% of Kenyans are thieves. Now the blog apparently classified thieves into various categories that I won’t mentioned because in my contemplation today  you’ll discover that there are other ways in which we are robbers without violence and we have no clue that we are. 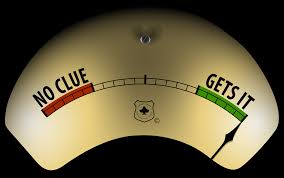 Number one, we are experts at stealing people’s time. Have you ever agreed to meet with someone at a particular time and they showed up two hours later? How did that make you feel?Nasty, angry, right? Like you wanted to slap the hell out of the guy or chick? And then these  thoughts run through your mind like a packed up train trying to catch up with lost time?As if that happens LOL. And thats not all, when a guy makes a lady wait for him for years and then break off the engagement, that theft. How is the girl supposed to recover all the time and potential men   she’s left just waiting for you? Do you think that just because you said sorry she or he is going to get that time and money? Time does not heal wounds or being back cash. Anywayz, we steal our bosses time when we get late to work like they are paying us to laze around. We steal God’s time when we wake up late on Sunday morning thinking that He doesn’t care. Not that I have mastered the art of keeping time, but we need a saviour! 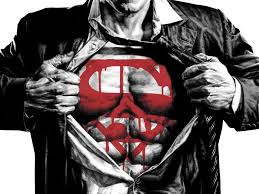 Number two, we steal people’s hearts. This is the worst form of theft because we do this all the time and don’t know it. Some people are born so charming, so intelligent, so brave like the lionesses in Masaai Mara who endure great trials just to preserve their cubs. National Geographic is super interesting. That’s when you know that women indeed have power. When you see a lioness scatter a male lion all by herself to protect the lives of her cubs. Back to my story. You want to just hung around them and your prayer to Mother Mary and the saints if you are a Catholic is that your paths and theirs cross and that it would be so natural, so divinely orchestrated, the way it happens in the movies you know. Such absurd thoughts cascade your mind the whole day and night and you don’t even get to do anything at work simply because someone has stolen your heart. That heart that you swore you’ll never give to anyone, that heart that you had walls erected like those ones built in China.  The walls are now down like the ones in Jericho, only that this time, it took careless whispers instead of the loud shouts to tear it down. Baby, your heart is stolen. 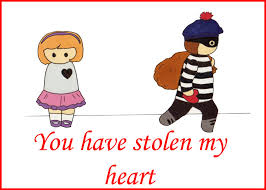 Number three we steal people’s resources. Resources can mean many things. Like your company’s biros, books, tissue, you know such stuff. Or when you visit your pal and then to silent borrow their expensive perfume not caring that they might have budgeted to take route 11 the whole month so that they can smell nice. And here you are with your sweet self blessing yourself with someone’s property. Shindwe! Companies steal or shop for the best talent and buy them at the best price so that they can be better. I have often wondered why they have never thought of growing their own people. Start from scratch. Just saying. We steal people’s girlfriends, boyfriends, wives, hubbies, it happens everyday. I hear girlfriends crying about their boyfriends being stolen by their best friends and vice verser, though the later is most common. Women are their worst enemies. White teeth ain’t white heart dear, guard your property!

Last but not least,  is stealing people’s ideas. We see something working for another person and then we think that it will work for us too. We forget that each person is unique, and what works for one may not necessarily work for you. We see celebrities with their weird lives and all over sudden we want to steal their lifestyle and incorporate it with ours. We take loans just to adjust to that life that we know for real we can’t handle. We have stolen an identity that is not ours. .It’s not authentic therefore it canneth LOL work for us. We fear getting tired so the only available option would be to shop what’s others and then lie that its ours. Have you ever been through this?Someone stole your idea and then ran with it as if it’s theirs?And you have no power to say or even scream that it’s yours?Its even better for someone to steal your bag than to do that. But we see that every day, we meet such people who have no manners but do that, and all the society expects us to do is to shut up, fold our arms and act as if nothing happened, like it’s some normal kind of norm that we should get accustomed to. The devil is a liar. What such people deserve is to be called thieves, and then a can of kerosene be poured on their filthy, stinking bodies and a matchstick struck on them. Twaaa!! A blast!! they deserve it more than the people we beat in cold blood everyday. The people we have labelled as thieves. Kumbe kikulacho ki nguoni mwako (what eats you up is what is within). I rest my case.