If there is one thing I regret about being born in Africa is how the term,”woman,” is defined. From the time an African parent has a baby girl, they are given a doll, which initiates them to the role of being caregivers, always dreaming of the day when they’ll walk down the aisle to meet the love of their life. They are taught sacrifice from day one, how to live for others and not themselves. That your contribution to this world is just to give birth and raise children and be a good wife. That being a woman is all about laying your dreams and vision at the altar of making others happy. That is what should make a woman happy. 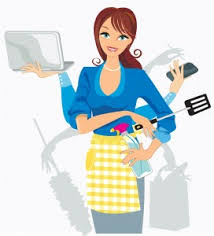 Most of us can attest to the fact that our mothers spend a lot of time taking care of us and not taking care of themselves. They walk in tattered clothes and beaten down weaves so that we can at least go to school and have a meal by the end of the day. They walk several kilometers just to ensure that we are okay, that everything we need we have without strain or struggle. That despite fatigue and sometimes their ailing bodies, they were meant to do house chores and ensure that we had eaten. These are the things that the society celebrates. This is what the world calls feminine.

I want my little girl to  have the consciousness of who she is before the society defines who she is. I want her to comprehend her divine destiny as a woman a part from learning how to cook and wash clothes and dishes. I want her to know that she does not have to shrink to  become anything less than who she is simply because the society expects her to do so for her to fit into the role of a wife. A woman gives up so much in the name of marriage.In the name of having the status that they are someone’s wife. When they talk, they are called nags and hence “to save their marriage” they put up with the crazy things that some of these trouser wearing species make them go through. “It is called submission, they are told, when a man says something you are meant to just say yes or no or else he’ll leave you and go to your house help because she does what he says.

They are taught to live in the fear of the unknown.Fear that when they don’t know how to handle a man, he will leave them.

“Cook well, if you don’t your husband will leave you.” “Don’t study too much, men nowadays can’t handle a woman who has done her PHD. You’ll end up being alone, at the age of forty,without a child. And you know what happens if you reach that age without a child, you’ll have issues during child birth or you’ll end up marrying this old, divorced guy who has nothing to live for.’

Those are just some of the fears.

Now, to all those submission nazis who cant wait to give their comments on such articles, I absolutely subscribe to it.I believe that men ought to be the heads of the family. But while that is true, I also believe that women too need to be respected and loved. Their opinions needs to be valued. men too need to sacrifice a little bit for their families. For a woman’s dream to come true, not just for their dream to come true. It irks me each time to see women giving up big jobs just to become stay at home wives. Just to open the door for some chap who all over sudden has become some king of the house. Do you know how that affects the economy? That there is a sudden loss of income not just in the house but in the society.

In church it’s worse. You are taught to do whatever a man tells you to do and failure to do so you are tagged as a Jezebel. Now for those who don’t know what Jezebel is, she is that queen who married Ahab and made him do great wickedness. So in the present world, she exists in families and especially where a woman has control, they believe that you are possessed by it. And so you shrink back, and you cant even breathe because you live in constant fear that by presenting who you are, and actually stepping out, you are actually the devil’s wife, for lack of a better word.

But it is wrong.

This is what I believe feminism is all about, before am labelled a Jezebel by my Christian comrades. It is the redefinition of who a woman is.It is a woman who understands who she is and where she is going and will not allow the society bring her down or make her feel otherwise. That  proverbs 31 woman above all understands who she is, understands her trade and talents well, understands her role as a wife and as a mother and her place in the society. The best part of it is that her husband calls her blessed. Her husband respects her too. This is the part of the gospel which I have not heard being preached. Respect is mutual and it is earned. 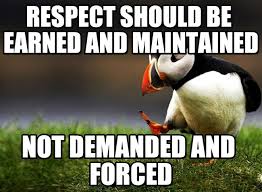 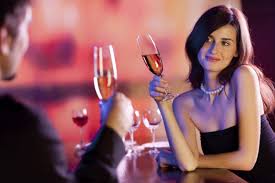 2 thoughts on “My reflections on the true meaning of feminism”