I have never believed in the notion that Friday,13th November should be termed as black Friday. It is said that the superstition surrounding this day may have arisen in the Middle Ages in the during the period where God became flesh and dwelt amongst us. Particularly, scholars say that the story may have been birthed from   the last supper and crucifixion in which 13 individuals were present with Jesus just before Judas was paid some doh to send the son of God back to His father. While people say that there is evidence that this number, 13 and Friday are unlucky, well, this was not my topic for the day but I just thought that you should know something about the day and my contemplation on it. 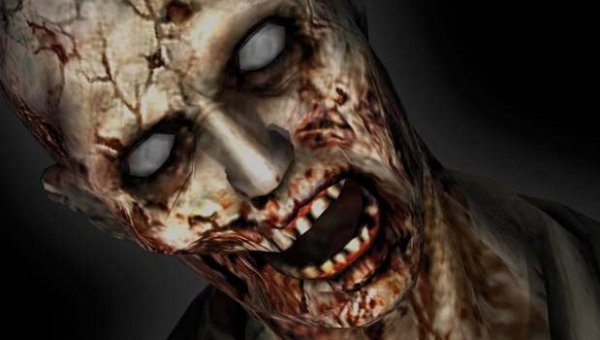 So last Friday was 13th, and on Friday, didn’t notice until a pal of mine told me about it and warned me of the possibility that something nasty was about to happen. Well, am a Christian so I brushed it off, and pleaded the blood of Jesus, binding the demons that would bring bad luck on me that day. It was not until I woke up in the morning to see the gruesome images on TV on the Paris attack and what the crazy terrorists had done.  129 people dead. 352 others injured. And an entire world shaken by the events of the day.

This was not the first time we stood by France. In 2006, Charlie Hebdo, reprinted cartoon that were considered to be controversial as they depicted Prophet Mohamed. Their then president, Jacques Chirac, blatantly criticized this act and and called it “overt provocation.”what followed was the destruction of the offices by a gasoline bomb in 2011. the world stood by France with the phrase, ” Je suis Charlie.” 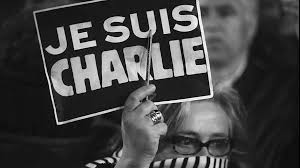 So later on, I browse through my Face book as a normal routine and find this temporary profile flag thing request. I see that most of my pals have set it up so I follow suit but with a purpose. I only follow people when I know that what they are doing is right not just following blindly. Until I saw a number of guyz complaining why people were busy changing their profiles while these guyz from the west don’t give a damn about us, they always call us baboons thinking that the entire Africa is one and more so, the think that Africa is full of problems. It is during these times that I tend to concur with Chimamanda’s speech, that it is truly dangerous to write and share only one side of the story. While I applaud my brothers for noting with keen interest on these  developments, I have a few things I want to straighten out on the issue.

First, we should all stop acting like victims in the whole affair. Africa and other nation states portrayed to be third worlds cannot say that they are under colonization. Most of the nation states gained independence like about 50 years ago and this ensured that they have sovereignty, meaning that we all have our destiny in our hands. No nation is superior in the world and as far as I know, the US and other nation states have endeavored to provide assistance and aid to these countries. Yet, despite of all the assistance, these nation states have been plagued with so much looting and corruption. In addition, contemporary news reporting in Africa is invariably of the ‘fire fighting’ tendency and lacks  highly professional reporter who can relay African stories in a way that the world can respond. We have the power to become superior to the US and other European nation states if we want to. We have the power to be heard, if we want to. The only problem is do we have the will to? 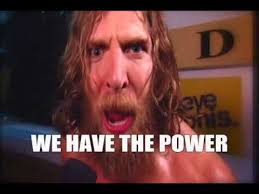 Our rhetoric on the supremacy of the western powers will have to mature to the point where we take charge of our destiny and look into ways in which Africa’s voice can be heard in the international scene. Even the Bible says, a poor man even if he has wisdom cannot be heard. Africa’s voice has been silenced by the fact that we are still beggars. Under loan, grants and assistance. The worst is that our minds are slaves as well. We have rejected our culture and sought to be identified with the western culture. How can we then claim to demand for a voice in a world where we have not found ourselves? Even in the natural world, any man who has no identity, and does not know their place in the society has no voice.

I know you might be wondering why I have taken this long route just to explain why we should stand with France. I know you are thinking that I have a loose nut somewhere to rant about the west supremacy instead of just minding my own business. You might even be feeling that this is seriously absurd but all these things are connected. The whats happening in the media, and whats happening in our nations and whats going on in your life, they are all interlinked like some invisible web. That for as long as we stop wearing diapers and up our game we shall always be having these stupid comments on how the west are being favored by their media..Key word to note is that it is their media, their platform. Do you expect them to mirror their country negatively on their platform? Do you expect them to air their dirty laundry for the world to see and disgrace them? Hell, no. Never in a million years.

If us guyz can’t style up and write positive stories on Africa, they will keep on writing a bunch of crazy stuff about us. And as usual, we will keep on ranting about it. Like daahhh, we don’t have anything else to do except do that. It is like business, you cant blame a guy who has a great strategy on advertising while yours is a flop. You will look for ways to beat them and be better. And that is what Africans should concentrate on doing. Look for ways of making sure that our voice is heard in the world. For we are no longer victims in this epoch of globalization. It is a free world.