In psychology, self confidence is a concept that relates to having self assurance of one’s own judgment, power and ability. Self confident people are admired everywhere and are respected because they inspire confidence in others. These chaps tend to see ways out of no ways, they know who they are, and are always positive. However, there are certain things that these supposed confident men do that is terribly annoying, and maybe today, am the only person who will shock them with this revelation about them. 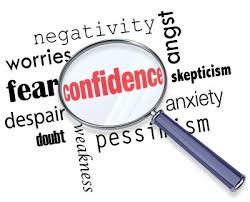 One of the most annoying things I have to face as a single woman is meeting these men who think they are super confident and that every woman who approaches them wants to either sleep with them or wants a relationship with them. They are confident about their “looks”, their “fat” bank accounts and the stature that they hold in the society. They are not there yet but must rub it on everyone’s face on who they are and what they own. Sometimes what I want to tell them is to take a quick inventory on their lives. You are not all that and not every woman who is friendly towards you wants a relationship with you. If you are as intelligent as you think you are, you should have discernment to know exactly what different kind of women want from you.

These single, self confident men who think that they are perfect and that it is the women who should align to  their standards which are as high as the walls of China. They are always seeking perfection that they themselves have not yet attained. They want an intelligent, beautiful woman, who knows how to cook, but they themselves don’t know how to hunt. They are morons and know nothing and draw back each time you tend to be more intelligent than them. You see, their self confidence lies to them that they can handle such a woman but in reality, they can’t. They are single because the man upstairs is looking at them and laughing, because truth be told, you do not possess (the law language) the capacity to handle such a woman. Shine your eyes and sing along with Christina Shusho’s song…nipe macho nione (give me eyes to see).

Another breed are these married men who are everywhere parading their wives, thinking that everyone who is talking to them is interested. Kindly give everyone the element of doubt that they are innocent, that maybe they just want to talk and want nothing from you. You are not every woman’s type, so stop going everywhere telling us that you are married to one wife, flossing your ring thinking that all we ever do is drool over you. Seriously? Gather life my friend. I have seen these men who cant even talk to you because of the mere fact that  you are single and simply because they think you are after them. They treat you with such contempt. Well one day she will be gone, not prophesying doom but nothing lasts forever…selah

Am not trying to bash men who know themselves and are great people. Self confident is great, but too much of it is horrible. It will hurt you Mr. Man, take care of it.

4 thoughts on “Mr. Man, confidence is good, too much of it is toxic”