The day you fall in love is the day you’ll understand love issues,” my friend Martha told me, putting on a half smile that depicted how my thoughts on marriage and relationships were wrong, well, according to her. Fast forward, five years later, her words still ring in my years only that this time, they bear much weight because of the experiences that have shaped my opinions. That have made me see the light and bring things into proper perspective.

I met this guy, lets call him Juma, two years ago and fell head over heels with him. You see, I’ve never been this woman who loves relationships and stuff. I focus and advocate for women to work advance themselves before they can even think of getting hitched. I always think, why get married just because the society says so and end up with a miserable buffoon in the house who does not even have an iota of understanding on who a wife is to his life?Just avoiding to sound like a feminista over here, am just saying the truth. Men nowadays are something else, that why am praying for my unborn son that he may bear values that will bring a change in the society. I just wish all parents had this thought.

This man Juma was nothing I dreamt of as my ideal man. If I could have peradventure by any chance introduced him to my pals, they would have thought that I was bewitched and or was high on some weed when I said yes to his advances.  Yet, even with his absurd beliefs on marriage and women, I somehow found myself attracted to him. I love intelligent men, he wasn’t. In fact, at times during our arguments on politics or general issues, he would shrink back like a woolen sweater dipped inside hot water and just jet out points for the sake of it. He would then act defensive, as if I was trying to prove that he wasn’t there yet. I would then try to reassure him that it all didn’t matter and that I was simply just attracted to who he was and that we should focus on what matters. However, he wouldn’t let me as you all know, men have an ego. They want to prove that they know stuff and some don’t comprehend that the more you say stuff, the more stupid you sound. But I let him have his way. I let his ego rise like a coastal tide waiting for it to fall down and things go back to normal.

One thing that I loved about this Juma guy was that he was street smart. He knew every corner of River road, where I could get the best deals and knew almost everyone who could assist me get things done. This man was a walking google map and this one thing fascinated and attracted me to him.

Despite the fact that my cold heart was slowly warming up to him, his heart grew colder towards me. I found myself doing crazy stuff that I swore in my life I would never do to a man. I would call excessively desire to chat with him, sometimes call in the mid night hour when the poor man is asleep. Like a gentleman, he would respond sometimes extending to the wee hours in the night just chatting. You see he doesn’t know how to hurt anyone and even if you are getting into his nerves, he’s one of those polite chaps who like the Bible can turn the other cheek when you slap them on the other side.

“Stop bothering yourself dear, I will never love. You are a good woman, but I cant permit you to stay with me and I have all these mess,” he one day told me in the middle of a phone conversation. His hoarse voice, firm  suggesting to me that he had processed the entire thing and that was his final decision.

But I like you a lot, you are not my type but my heart is drawn to you and I don’t know why. I would later reply, in that soft woi like voice, praying to God and the saints in heaven that he just says yes. At this point, I didn’t care whether he would see me as a desperate woman or any other label he had in mind. I was crazy about him and like the crazy soap opera women, was willing to go at length to get him. Aki dont ask me why I was feeling this way. Maybe I was bewitched and I dont know about it. Maybe its just the strangeness of love that makes us do crazy things to someone we have a serious crush on. Or maybe I just wasn’t disciplined in my life.

One year down the line, he promised to meet me only by word of mouth. Sometimes we would plan and he would cancel later, depicting his lack of enthusiasm in the entire affair. And though my sixth sense told me that this man was not mine, I would bounce back a day later trying to reach him and find out how he was doing. He would, as a gentleman reply and ask me how I was doing, forgetting what he had just done to me,acting defensive if I even attempt to ask why he behaved that way, why he was too cold, I think if he lived in Antarctica he would survive the weather there.

“You never love twice Harriet.” he said one day during our virtual conversations. I loved once, and I don’t want to go that path again. Please understand, I don’t want to hurt you.”

But life gives us second chances, maybe it never worked in the first so now this second or even fourth relationship will work. Never give up. I would reply, trying to understand the depth of the hurt in his heart and asking myself myriads of questions as to why he wanted his life to be without a woman.

It is during such seasons that you find yourself forcing things that don’t work. Like I now understand why someone would opt to plant a 310 seed just to make things work in their favour. Why others would travel all the way to Loliondo to drink ‘holy water’ believing that their issues will get resolved and that it will be a brighter day. But well, like my friend said, I will one day understand matters love maybe this dude was sent by the gods to teach me that sometimes love will make you break rules and do some of these crazy things you swore never to do. If you are a woman, you will forget that you can never date a married man, or you never act desperate to a guy you have a crush on, or you should marry people of this and that character. Love just happens, and it did and am still knocking on the door of his heart, do you think he’ll let me in? 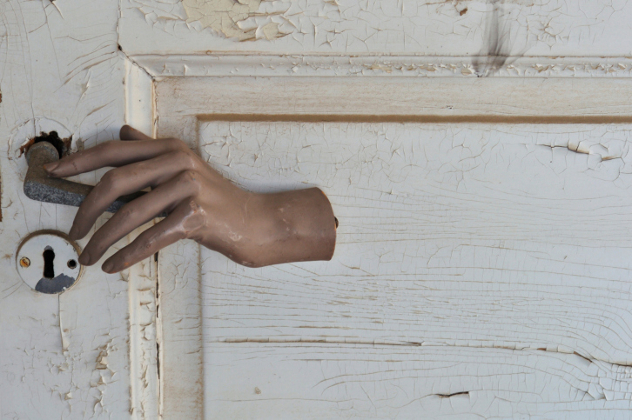 6 thoughts on “Love is strange and super mysterious”