Secrets are very destructive. In a world that capitalizes on destroying people’s images, secrets can be dangerous if handled by the wrong people. Why am I talking about secrets? Because many people including yours truly moi, have been in a position of being betrayed by someone who spoke behind our backs or some of us are living everyday guilty of a shameful past that nobody knows about. Well I searched the never ending service of the omniscient Google to find out what the word secret is. Secrets are something that are not expressed, things that are kept hidden from others only known to themselves.

So why do we judge people based on the secrets that we know about them?Could someone kindly explain to me why below as a comment thanks. I’ll never tire to tell my never ending stories. Someone I know, names withheld, told me that she broke up with her boyfriend because he found out something that she has been keeping for long. My friend had a child hidden somewhere and never told anyone. This news really rubbed her boyfriend in the wrong way and he cut off links with her completely. in another instance, a woman was booted soon after it was discovered that she was once a prostitute. In another instance, a woman left her man because she discovered that he was a drug addict. I know you too have enough stories or you have undergone something or have left someone who had a dark past. So in one way or another, you are either the affected or the victim.

I really wondered why people do this? No one  keeps secrets intentionally. Some love the other person too much to say the truth and hence opt to keep quiet about it. Some weigh your reaction whether you will still handle them the same once you discover what they have been keeping. I think in  people ought to weigh the motive of the person keeping the secret first before throwing endless stones at them and why the kept their secret. And maybe like Jesus I would say, let he who has no sin cast the first stone.I know of this woman who loved the man too much and feared that the guy would leave her if he discovered the truth. I know you are there wondering what is wrong with some people when they opt to do this.. Let me not come to where you are. For you I know you would fear being exposed and your highly built reputation being destroyed in just an instance. I know you may fear your crazy religious mama finding out about your secret affairs with a married man. Or your church friends finding out that you drink and smoke and yet you stand at the pulpit singing hallelujah every Sunday.. let me not go there to make you shut up each time you hear someone’s dirty past and make you huh your ears from listening to the crazy gossips in town.

Let me make you covenant with your eyes to never read of any stupid gossips that the newspaper may write about anyone just so that they can make some crazy sales that week..Nkt.. I hate the media. I think that sometimes they do not have an iota of honor to do the things that they do to people.  I hate the way they make people cry each night, high profile people who have worked all their God given days to make it in life and then BUM!!! Some idiot comes up with some crazy nonsense just to tarnish their image for the sake of sales. And you know once the news is out, its out. No one really cares whether it is the truth or not. Everyone will believe the newspaper more than the truth that you hold in your heart. So some of these people just put on a brave face and battle life, hoping that one day they will redeem their image. We should understand that the celebrities and those of us endowed to be in the limelight are human beings like us. They eat , sleep got to the loo and fart like all of us lol..Picture yourself being subjected under such inhumane circumstances is not fair and only depict an individual who has lost his memory of who they are and projecting it on others. You are simply a bully, only that this is licensed bullying. 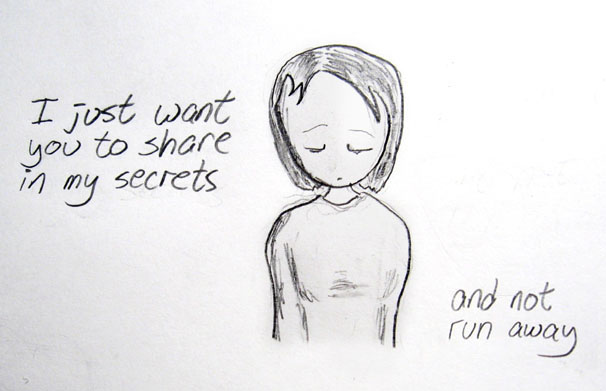 Therefore my dearest brethren, let us mind the affairs of others knowing that we too have secrets. When we understand this we will be careful to safeguard and weigh matters on the secrets that are relevant and others that are not…